A lookback at Mansur Ali Khan Pataudi's timeline, who died on Thursday evening after fighting a chronic lung infection. 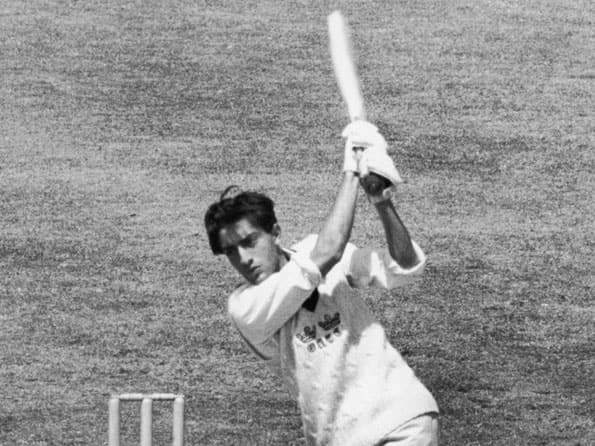 A lookback at Mansur Ali Khan Pataudi’s timeline, who died on Thursday evening after fighting a chronic lung infection.

* He was son of former India captain and the eighth Nawab of Pataudi, Iftikhar Ali Khan, who also played for England, and Sajida Sultan, second daughter of the last ruling Nawab of Bhopal.

* He then went to England like his father to study at Lockers Park Prep School in Hertfordshire, Winchester College and Balliol College, Oxford.

* He lost his father on his 11th birthday while Iftikhar was playing polo.

* Pataudi lost the vision of his right eye after a car crash in England in 1961.

* He made international debut a few months later against the formidable Ted Dexter’s England in Delhi, in December 1961.

* He scored his maiden Test century against England on January 10, 1962, in Chennai.

* He captained India to their first ever overseas series win, when they defeated New Zealand 3-1 in 1967-68.

* He emulated his father in 1968 when he was named the Wisden Cricketer of the Year.

* In 1969, Pataudi got married to top Bollywood actress Sharmila Tagore after a four-year courtship.

* He was arrested for killing a blackbuck in Jhajjar, Rajasthan, in 2005. He spent a few days in jail before being released on bail. The case was not settled when he died. (IANS)