Jharkhand s Varun Aaron burst in to the scene in 2009-10 domestic season and was immediately was noticed for his raw pace. He made his international debut in 2011, but since then, he has played just nine Tests and nine ODIs.

Jharkhand s Varun Aaron burst in to the scene in 2009-10 domestic season and was immediately was noticed for his raw pace. He made his international debut in 2011, but since then, he has played just nine Tests and nine ODIs.

He has had seven stress fractures but continues to bowl freakishly fast, and by his own admission, that s the way it is going to be if he wants for play for India again.

“The madness to bowl fast is still there even after seven stress fractures,” Aaron told ESPNcricinfo. “If I wanted to cut down on pace or go by the safer route, I’d have done it by now. Fast bowling in India isn’t easy because of the wickets and conditions too, but it’s fun at the end of the day when you see the ball thudding into the keeper’s gloves.”

Aaron, currently with the Jharkhand team that has made it to the semi-final of the Vijay Hazare Trophy 2018-19, knows that there aren’t much opportunity left for him and wants to make the most of what is available.

I haven’t got many chances to prove myself at India A as well. So, the opportunity is Vijay Hazare and Ranji now, and I want to make the most of it. I’m sure I will play for the country again,” said the 28-year-old.

A major factor for Aaron s short stop career so far has been the spate of injuries. But after enjoying a lengthy period of being fit, Aaron is hopeful.

“Coming back from injury, coming into the team, and then another injury hampers your rhythm. I’ve had a longer run of being fit now and it has helped keep my rhythm going. I’m in brilliant rhythm now and consistency isn’t an issue anymore,” he said.

An MRF pace Academy alumni, Aaron s last Test for India came in Bengaluru in 2015, and with host of young and promising pacers coming in to the Indian setup, the 28-year-old has fallen down the pecking order.

Aaron has been in good form for his state team claiming 16 wickets at 18.00 in the Vijay Hazare and believes that the team is looking good to go the distance in the tournament.

“We have had a brilliant side for the last four years,” Aaron said. I feel with the talent we have we can only do justice if we can win a couple of trophies this year. More than anything else, we’re really looking to dominate the domestic scene this year. he added. 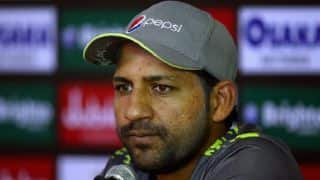 There is no fear of losing to Australia: Sarfraz Ahmed 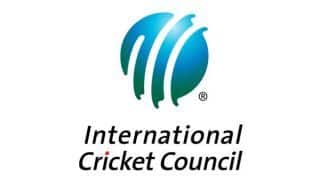