Wearing a beaming smile and sunglasses under a helmet, 'Universe Boss' Chris Gayle on Saturday appeared to have brought the curtains down on his phenomenal T20 international career even as the big-hitting batter did not make any official announcement on his retirement. 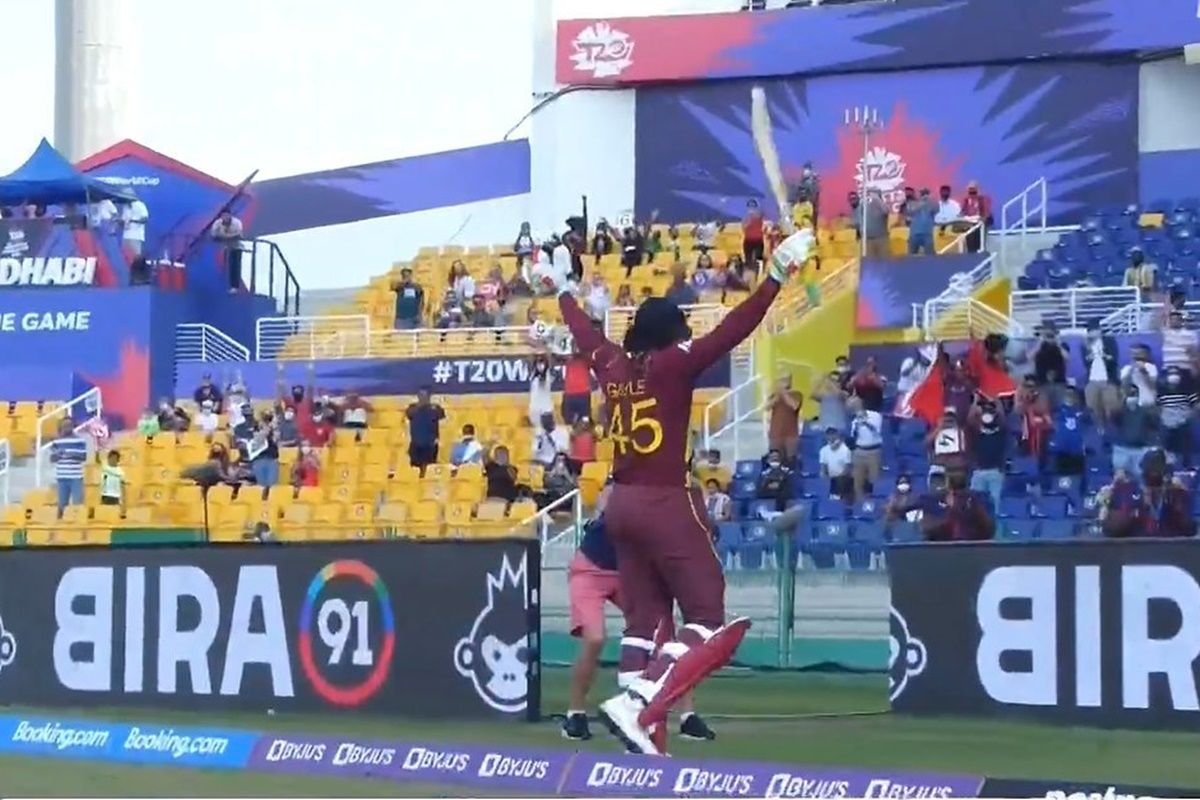 Abu Dhabi: Wearing a beaming smile and sunglasses under a helmet, ‘Universe Boss’ Chris Gayle on Saturday appeared to have brought the curtains down on his phenomenal T20 international career even as the big-hitting batter did not make any official announcement on his retirement.

The happenings inside the Sheikh Zayed Stadium here pointed to this, as the swashbuckling Jamaican walked off to a standing ovation from his teammates after scoring a nine-ball 15 against Australia at the T20 World Cup.

Gayle, 42, bludgeoned Pat Cummins for six off the first ball of the third over to move to 15, but dragged the next delivery on to his stumps.

As his West Indies team-mates gave a standing ovation by the boundary, Gayle waved his bat to all corners of the ground as he left the pitch.

Two of the very greatest in the T20 game on view for the West Indies for, possibly, the last time. Irrespective of how this tournament has gone, @henrygayle and @DJBravo47 have been jewels. It will be very strange to see the West Indies take the field without them

This was one ball after hitting his 1045th six in T20 cricket. Very few players have had more impact on T20 cricket than Christopher Henry Gayle.

Very few players have had more impact on T20 than Chris Gayle, the Bradman of T20.

Has scored 22 centuries; the next best is 8.

Gayle hasn’t officially announced his retirement yet, but he has been a part of an ageing West Indies team in this ongoing tournament, which has struggled to get going in its quest to defend the title it won more than five years ago.

Commentator Ian Bishop said on air, “Everything points to this being the last time we will see Gayle in West Indies’ colours.

Ohhh @henrygayle you’re such a superstar.

The cricketing world will miss such a beautiful and colourful personality.

Does that acknowledgement from @henrygayle suggest something? What a batter! For me, the best in the T20 format. Take a bow, my friend. #legend #universeboss

Gayle, who made his debut for the West Indies in 1999, was pivotal in their two Two World Cup successes and said he was thrilled to share his last match with his long-time teammate Dwayne Bravo, who has just announced his retirement from the international arena.

One of the greatest T20I players of all time! Congratulations on a wonderful career @henrygayle . You inspired a new generation of players all around the world, go well Universe Boss 👏

Gayle’s tally includes two centuries and 14 half-centuries. He also scalped 19 wickets in the shortest format. A regular opener, Gayle often batted at number 3 in the lead-up to the T20 World Cup.

While he isn’t expected to play for West Indies again, he will certainly play overseas leagues. 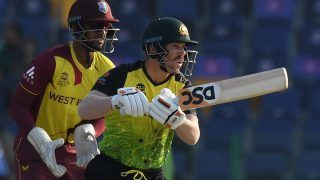 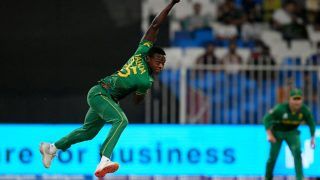