Zimbabwe sports minister Kirsty Coventry on Friday denied that the government had been interfering in the running of the country s cricket.

Zimbabwe sports minister Kirsty Coventry on Friday denied that the government had been interfering in the running of the country s cricket. Coventry, a former Olympic swimming champion, said in a tweet she was “devastated” by the effect on players of a decision by the International Cricket Council (ICC) to suspend Zimbabwe Cricket because of alleged political interference.

Thursday’s ICC action followed the suspension by Zimbabwe s Sports and Recreation Commission (SRC) of the Zimbabwe Cricket board elected in June. The SRC appointed an interim committee.

The ICC demanded that the elected board be reinstated within three months Coventry said in her tweet that although the SRC was appointed by the sports minister, “SRC is not government – they are a public body.”

She said in another tweet: “There is need for good governance at ZC for the international success we all want to see.”

Coventry added that she would meet the country s men’s and women’s captains on Friday. The ICC suspension means that Zimbabwean teams will be unable to play scheduled international matches in ICC events.

Former Zimbabwe player Henry Olonga, the first black cricketer to represent the country in 1995, tweeted support for Coventry and the disbanding of the previous board.

“Sorry Kirsty but they ain t listening. The rest of us see it for what it is,” tweeted Olonga, who left the country after he and former captain Andy Flower protested against former president Robert Mugabe’s government during the 2003 World Cup.

“A bunch of incompetent people were running a sport into the ground. This incompetence was known by them for five years. Why didn t the ICC take strong action then? Curious.”

Former sports minister David Coltart said the ICC had ignored the wishes of Zimbabwean players. “Whilst I understand ICC’s desire to keep political interference out of cricket the irony of this decision is that they have reinstated the politicians responsible for destroying the game in Zimbabwe,” he tweeted.

“They should have ordered and organised fresh elections for a new board. There will be no introspection from the corrupt and incompetent board that the ICC wants reinstated. We need a fresh start with no political interference. Let those who love and know the game run it.”

Tony Irish, chief executive of the Federation of International Cricketers’ Association (Fica), said in Cape Town that the plight of Zimbabwe s cricketers was a matter of concern for players around the world.

“Zimbabwe does not have a players’ association but we care quite deeply about the players,” said Irish in a preliminary comment ahead of a statement which he said Fica would issue later on Friday.

Allrounder Sikandar Raza, who was on the recently concluded tour of Netherlands and Ireland in which Zimbabwe won just one out of 11 matches, expressed dismay at the UCC decision. “How one decision has made so many people unemployed… how one decision has ended so many careers. Certainly not how I wanted to say goodbye to international cricket.”

Zimbabwe were made full members of the ICC and granted Test status in 1992. They failed to qualify for the 2019 World Cup. 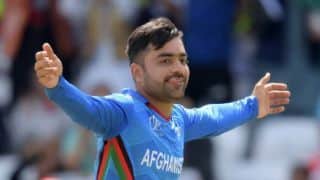