Tendulkar, who carried the hopes of a nation in a career which spanned for 24 years, said there were times when he was not able to perform to his expectations.

When Sachin Tendulkar finished his retirement speech after playing his final match of his illustrious international career in 2013 at the Wankhede Stadium, the stadium resonated with chants of ‘Sa-chin Sa-chin’ that has been inextricably linked with Indian cricket for almost 25 years. Seven years on, those chants are still heard today!

On Tuesday, the Indian batting maestro launched his own cricket academy in association with Middlesex County Cricket Club Tendulkar Middlesex Global Academy at the DY Patil Stadium in Navi Mumbai.

Tendulkar, who carried the hopes of a nation in a career which spanned for 24 years, said there were times when he was not able to perform to his expectations.

“In my life, I have learnt so many things, but there were number of occasions where I was not able to perform to my expectations. I failed also, but sport and the right team taught me to get back on my feet again and not find short-cuts,” Tendulkar said after launching the new facility with former England captain Mike Gatting and other Middlesex officials.

“And that is what I am going to share with the kids here, there will be tough challenges along the way but don’t find short-cuts, don’t cheat, otherwise you will get exposed in front of the whole world,” his message loud and clear.

It’s always been a joy to spend time with youngsters.

At TMGA we began by conducting ? camps in India & the UK. On the auspicious day of Ganesh Jayanti, we climb one more step in that journey as we launch our first full fledged Academy & Sports Centre at DY Patil, Navi Mumbai. pic.twitter.com/hd3aOR7ENr

Tendulkar then elaborated on how his brother Ajit and coach Ramakant Achrekar helped him during his formative years. “The two important people in my life I can think of right now is my brother (Ajit) who was my first coach and continues to be. I started discussing cricket with my brother from the day one of my career and even on the last day of my career when I was dismissed, we were still discussing that evening how I got dismissed and what could I have done knowing that I may not go out to bat again. So, his contribution is invaluable,” Tendulkar recalled.

“The second person, my coach Ramakant Achrekar Sir, I miss him today. He has played a huge role in my life in making me who I am today. Those childhood experiences will stay with me and what he did for me, not just for me, but I have got another India player Vinod Kambli, we both thought of Achrekar sir today. This is a big step in my life because the game has given me everything, whatever I am today is because of cricket, so I consider this as an opportunity to give something back to the sport which has given me everything,” he added.

And immediately after he finished his speech, the volunteers in the background began shouting ‘Sa-chin, Sa-chin’ quite like what it was at the Wankhede, well, almost! 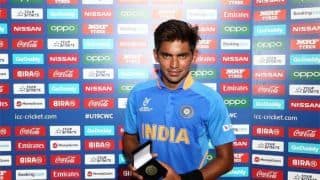 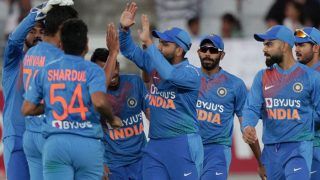