Steve Smith has endorsed rising star Josh Philippe to represent Australia in all three formats in the near future.

It was Smith who convinced the young wicketkeeper-batsman to move to Sydney Sixers last season and he enjoyed immediate success afterwards. With Australia in hunt for a successor to Test captain Tim Paine, Philippe presents a viable option in addition to Alex Carey who is already a limited-overs regular and is next in line to don the gloves in five-day cricket as well.

“There’s no reason why he can’t play all three forms for Australia,” Smith was quoted as saying by cricket.com.au. “He’s got all the tools there, it’s just about using them at the right times. He plays fast bowling really well, we’ve seen him play spin really well with Rashid Khan (earlier this summer). The more he plays and is exposed to pressure situations the more he will improve.”

Explaining why he vouched for the 22-year-old, Smith said his capability to play at the top and down the order made it a ‘no-brainer’ decision. “I thought it was a no-brainer to get an opportunity as a young kid to experience a different environment,” Smith said. “He has played really well up the top of the order, but he also played really well down lower last year. That’s one of the hottest commodities in T20s. Not too many people around the world have nailed that position. MS Dhoni, Hardik Pandya, Andre Russell or Jos Buttler are very good as well. The way he nailed that, for a young kid, was very impressive.”

The duo will line up for Sixers on Thursday against Brisbane Heat, the first time Smith will pay BBL this season. 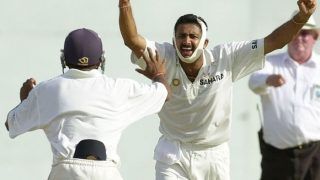