Geoff Lawson is of the opinion that Australia should refrain from playing Mitchell Marsh in the first Test against India starting Thursday saying the allrounder has had his chances.

Mitchell Marsh had a terrible tour of UAE where he mustered a mere 30 runs across four innings against Pakistan. He was subsequently dropped for a home ODI series against South Africa and also didn’t play in the following T20I series against India.

However, he did return to form while Sheffield Shield scoring 151 for Western Australia and in all probability will make the cut as the sole allrounder when the management gathers to zero in on the playing XI.

Still Lawson, who represented Australia in 46 Tests and 79 ODIs between 1980 and 1989, feels Australia will be better served if they play a specialist batsman.

Given the 14 they ve named, Peter Siddle and Chris Tremain are the extra fast bowlers … they are not going to get a run at the moment, Lawson told Bill & Boz on Sunday. The other person I would leave out is Mitchell Marsh. He has had his opportunity. He s averaging 26 over 30 odd Test matches, he s hardly bowling at all. He s not providing the all-rounder values. There is no way I m playing Mitch Marsh.

Backing Head, who made his Test during the UAE tour, scoring 122 runs in four innings including a half-century, Lawson said, I want Travis Head to play at home in Adelaide. He s a young guy who has played a few Test matches, he s on the way up. I m happy to play Travis Head because he is a specialist batsman.

While Australia are still pondering over whom to partner Aaron Finch at the top, Lawson is clear that Marcus Harris should get the Test cap. Aaron Finch will be opening, then we ll have Marcus Harris who has earned his spot in the team through Sheffield Shield performances. That s the way it always used to be done so it s nice to see someone doing that, he observed. 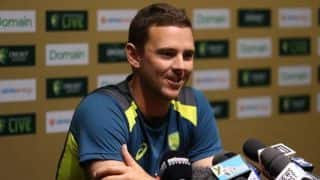 We'll need a few options to take down Kohli: Hazlewood 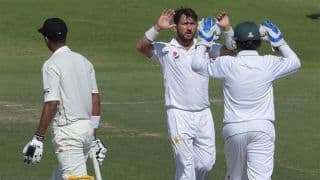