They blue our minds: Amul on India's campaign in ICC Women's World Cup 2017

They blue our minds: Amul on India's campaign in ICC Women's World Cup 2017

Saluting the Indian Eves, Amul came up with a campaign that summed up the entire scenario in the perfect fashion.

Though the 2017 Women s World Cup has got over, the discussions continue to linger. England might have been hailed as champions but for India, their Eves won the hearts. Mithali Raj and co. took the defeat in good stride despite this being the last World Cup of the veterans Jhulan Goswami and Mithali herself. Saluting the Indian Eves, Amul came up with a campaign that summed up the entire scenario in the perfect fashion. India not only blew our minds but also blue the minds of Amul too with its Buttereen Pradarshan . The dairy product is known for its catchy one liner through their adorable cartoons along with the Amul girl. Mithali: Overwhelming to see such kind of reception for INDW

From cricketers to Bollywood celebrities, they all took special efforts to congratulate India Women, but Amul managed to touch the chords of every Indian. This was not the first time Amul posted a delicious cartoon on World Cup. When Mithali became the highest run-getter in the tournament during the semi-final against Australia, Amul hailed the skipper as source of inspiration and as rightly put Mithaliya, Maska liya.

Despite the loss, the nation showered the Indian Eves with all the love. Sania Mirza termed Mithali as an incredible ambassador while Sports Minister Vijay Goel along with Prime Minister Narendra Modi and Bengal Chief Minister Mamata Banerjee tweeted, India made us proud. 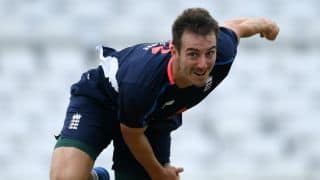