Thilan Samaraweera gave credit to the Indians for playing smart and attacking the desired bowler.

The Indian batsmen had the last laugh as they put themselves in a commendable position on Day Two of the second of the three-Test series against visitors Sri Lanka at the Vidarbha Cricket Association Stadium in Nagpur on Saturday. The Indian managed to loose just a wicket in the form of Murali Vijay for a healthy 127. Meanwhile, Cheteshwar Pujara and Virat Kohli are batting comfortable on 121 and 54, respectively. Following Sri Lanka’s dull performance on the second day, Thilan Samaraweera gave credit to the Indians for playing smart and attacking the desired bowler. He also added that it was Sri Lankan batsmen’s failure to play against Indian spinners which has troubled the visitors so far. FULL CRICKET SCORECARD: India vs Sri Lanka 2017-18, 2nd Test at Nagpur

“With the figures you can say that [Dilruwan released the pressure on India]. But he bowled well in the past. Today, India knew whom to attack. The two seamers and Herath bowled well, but unfortunately they attacked Dilruwan as most players are right-handed. All three are right-handed and they handled the off-spinner well. I think we are behind the game at the moment. I thought we bowled very good areas but they batted well on a good pitch. Disappointing that we won the toss, classic pitch, no seam movement, no spin, and we didn’t bat well, to be honest with you. We had so many soft dismissals.”

On dismissal of Sadeera Samarawickrama and Niroshan Dickwella on Day One

“Sadeera, I have to handle very carefully. He is only 22. He has played only three Tests. I have to keep the balance going, his attack and defense. At the moment, I am having chats with him as I am new to this role. Dickwella took too many risks. He will get to realise that.” FULL CRICKET UPDATES: India vs Sri Lanka 2017-18, 2nd Test at Nagpur, Day 2

“[In] 2005 I struggled with Anil and Harbhajan. Before that I had thought I was a good player of spin. But I worked hard from there on, 2006 onwards I improved a lot. This group, last two years, hasn’t batted well against spin. I have observed that and [there is a] lot of work for us to do in the future.”

“I can’t give a timeframe when we can rectify. I need about four-five months to identify things. After the Indian series we have two or three weeks before [a tour of] Bangladesh. Then we have Independence Cup and then we have two months break and that’s the time to address the issue. Hard to do things when you are on tour. [We face a] big challenge over the next three days with rough and uneven bounce coming into play. When you are behind against the world’s number one and two bowlers, you have to play your A game.” 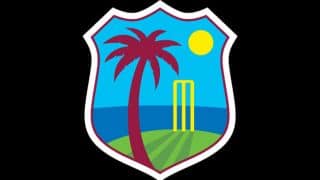