Things can get worse for India: Chappell

Things can get worse for India: Chappell

Former Australian skipper Ian Chappell led the chorus of international criticism against the Indian cricket team, saying its performance in the ongoing Test series against England has been "abysmal" and things could get "worse before they get better" for the side. 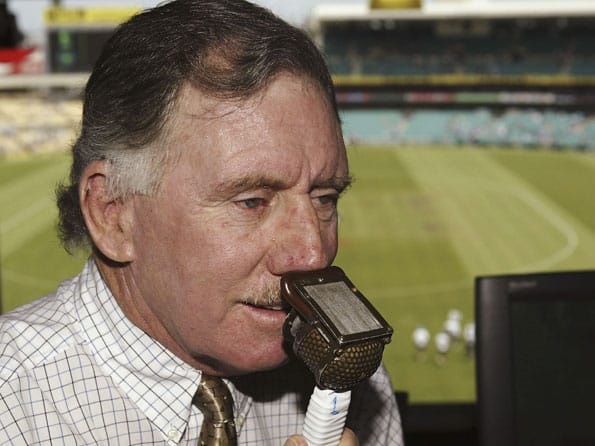 Former Australian skipper Ian Chappell led the chorus of international criticism against the Indian cricket team, saying its performance in the ongoing Test series against England has been “abysmal” and things could get “worse before they get better” for the side.

India are down 0-3 in the four-match series which has cost them their top spot in the ICC Test rankings with the rampaging Englishmen overtaking the visitors.

“This disastrous tour has been a while in the making. The selectors’ failure to address issues like an ageing batting line-up, a declining offspinner, and substandard fielding in the five-day game, has finally come home to roost,” Chappell said.

“The shrewdness of MS Dhoni’s captaincy, the potency of Virender Sehwag’s strokeplay, and the bowling of Zaheer Khan have all done a better job than spackle in covering up the Indian cracks. But like firemen on their sliding pole, the descent for India will be much quicker than their steady climb up the rankings was,” he added.

Chappell blamed the selectors for what seems to be lack of bench strength in Indian cricket.

“In all likelihood, India will be ranked No. 3 by the time they tour Australia. Following three heavy losses to England in the last Ashes series, Australia, it was assumed, would be easy pickings for India. I wouldn’t be so sure,” he said in his column.

“With all Australia’s problems – and there are many, with two reviews into poor performance running concurrently – they do have fast-bowling potential. If they get the bulk of their young fast bowlers fit for selection, Australia should field a decent pace attack. If they do, the Indian selectors, who have been negligent in their duty, could face their worst nightmare,” Chappell added.

England’s cricketer-turned-commentator Tony Greig took a dig at the BCCI for the team’s poor show.

“Who will the BCCI blame for this fiasco? Who do Indian cricket supporters blame?

“Feel for India – but also feel they have let themselves down-have not played with any desire or fight Hopefully they learn from this series,” tweeted Warne.

“England deserve to be number 1 team in the world – they have a hunger, passion and play with an intensity – nice to watch them play!”.

On the other hand, England were in celebratory mood with Prime Minister David Cameron among those who congratulated Andrew Strauss’ men for their fine show.

“I watched the closing overs on the sofa at home and will remember the joy of the crowd at Edgbaston and England getting to number one in such style for a long time to come. The whole nation can be proud of our team of world beaters,” he said.

Former England skipper Michael Vaughan felt the Cricket Board had a huge contribution in shaping the team.

“It started years and years ago in 1999 or 2000 with central contracts. The ECB invested lots of money bringing players through all the age groups from age 15 upwards. Many people have done good things,” he said.

“We set out to be number one two-and-a-half years ago and it looked ridiculous, to beat Australia home and away but this team works very hard. Coach Andy Flower pushes us to the hilt and I know him, he will keep doing so,” he said.(PTI)

Betrayal: Commitment and intelligence of Team has to be questioned