As per a recent report, the IPL is pondering adding Lucknow, Guwahati and Thiruvananthapuram in the list of cities to host matches next year. Days after reports of IPL franchises expressing their desire to play friendly matches abroad emerged, the tournament could see a new development related to allocation of three new venues. A report in the IANS has stated that the IPL is pondering adding Lucknow, Guwahati and Thiruvananthapuram in the list of cities to host matches next year.

Reports claim that Kings XI Punjab are keen to move base to Lucknow, while the Rajasthan Royals are targetting Guwahati.

“Rajasthan have requested for a change of their second home from Ahmedabad to Guwahati and while the GC is okay with the move, IMG will now conduct inspection at the Barsapara Cricket Stadium before giving the green signal,” a BCCI official told IANS.

“As for Lucknow, KXIP have been looking to move to the city since the last edition and had even sent in a request. But polls had played a major role in causing a delay in the shift. But thanks to the great review of the Atal Bihari Vajpayee Ekana Cricket Stadium after the India-West Indies game, the venue is now almost certain to become Punjab’s second home. They earlier played their games at the I.S. Bindra Stadium in Mohali and also used the Holkar Stadium in Indore as their second home,”

The concept of getting further teams to participate in the IPL is one that has been discussed time and again and the addition of venues could well be the first step towards bringing that idea to life. Thiruvananthapuram’s Greenfield International Stadium is yet to find takers, but it is believed that its facilities are too tempting for a side to resist.

“Too early to comment on Thiruvananthapuram, but again, the reviews of the Greenfield International Stadium is brilliant and the people of Kerala are crazy about the game,” the source added. “RR believe that the share in profit being asked for is on the higher side. Also, Guwahati is keen to come onboard and be a part of the IPL carnival.” 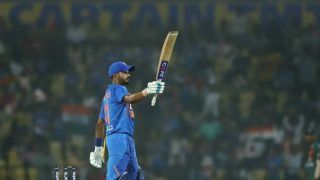 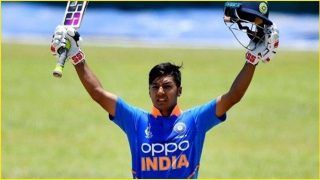