Blame it on the overkill of cricket or lack of crowdpullers in the Indian dressing room, ticket sales have been poor so far for the fifth and final ODI against England. 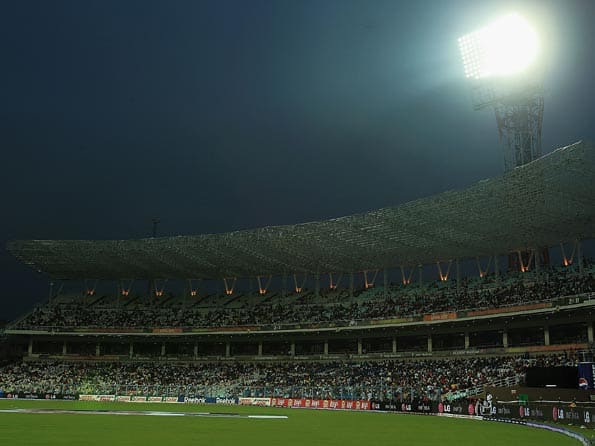 Blame it on the overkill of cricket or lack of crowdpullers in the Indian dressing room, ticket sales have been poor so far for the fifth and final ODI against England.

The fact that Indians are in with a chance of wrapping up the series 5-0 has failed to pull spectators to the Eden gardens as there has been no rush at all at the counters, while the figures provided by the hosts Cricket Association of Bengal have been very impressive.

Till yesterday’s count only 5,000-odd tickets were sold for the last dead rubber of the series and the state association estimates a crowd of about 40,000 maximum for the 64,000 capacity stadiuim.

Ranji winning Bengal captain Sambaran Banerjee blamed it on the overkill of cricket.

Indirectly blaming the Board for the poor planning of the series, Banerjee told PTI: “There was no need of this series.”

With India and England playing each other since July — from the first Test in Lord’s — Banerjee said it’s been too much of cricket.

“There is no excitement left in the India and England series. Both the countries are playing non stop cricket for four months. Only a month back there was a one-day series against the same team. How much crowd do you expect?” he asked.

Banerjee said also the timing of the match was not correct.

“The match has come right after Bengali’s biggest festival — Durga Puja. With Kali Puja (Diwali) next, people are hard on budget and time as well. But we hope to get a near packed house for the only Twenty20 on October 29 (Saturday),” he said.

But for a cricket-mad venue like Eden Gardens, that has in the past hosted some memorable matches with more than one-lakh crowd, it’s really surprsing that it would not draw a packed house tomorrow.

CAB treasurer Subir Ganguly estimated a crowd of about 40,000 for the one-day.

“The one-day will not be a packed house. We may witness crowd between 35 to 40,000. But the ticket sales for the Twenty20 have been quite impressive. It will be a packed house that day,” the treasurer told PTI.

Incidentally, the Eden will host India for the first time after the memorable win against the Lankas in 2009 Christmas eve.

The refurbished Eden Gardens could not host the scheduled India-England World Cup fixture after being ruled out because of unpreparedness for the World Cup. The grand stadium, however, hosted other teams in the World Cup.