David Warner on Saturday recorded the 10th highest individual score in Test cricket's history with a breathtaking 335 not out against Pakistan. 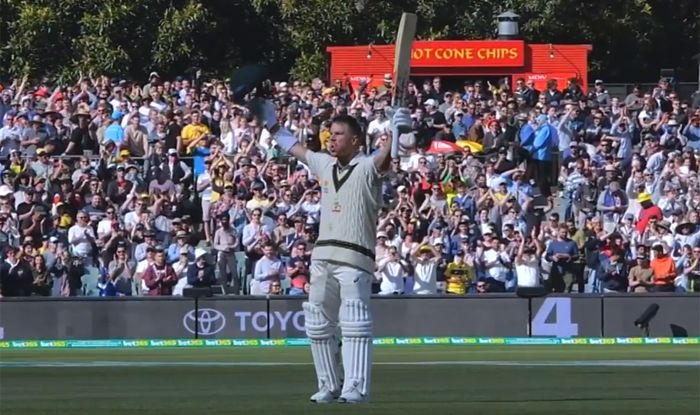 David Warner on Saturday recorded the 10th highest individual score in Test cricket’s history with a breathtaking 335 not out against Pakistan. His innings was studded with 39 fours and a six and his strike-rate was an excellent 80.14.

It was just the second session of the Day 2 of the Test between Australia and Pakistan and Warner had had history in sight – the record for the highest ever individual score in the format’s history. Surpassing batting Brian Lara’s 400 not out was a real possibility for the Aussie opener but then came the declaration.

Naturally, anticipation towards a second ever Test quadruple were building up but Tim Paine called Warner and his partner Matthew Wade back with the hosts declaring their innings on 589/3. Disappointment followed with fans taking to social media to claim how Paine had robbed his teammate of a chance of a lifetime.

However, if Warner is to be believed, the decision to declare was already taken in the dressing room long before he had scored his triple-ton and it was Paine himself who had pushed him to get past the 335-run landmark.

The agreed time to declare the innings was 5:40 pm local time. However, at that point Warner had equalled the record so Paine sent a message that he had more time to do surpass it.

Warner eventually did achieve the feat and when the duo was finally called back, the local time was 5:43 pm.

And then there was weather forecast. There are chances of rain during the remaining three days of the Test and Australia wanted to give themselves ample time to win the contest.

“We looked at the weather that’s around tomorrow, we wanted to give ourselves a lot of time. We’ve managed to get six wickets down. If there is a bit of rain about tomorrow, the bowlers get a good rest, they only have to come out and try to get 14 wickets in the last two days,” Warner was quoted as saying by ESPNCricinfo.

He continued, “The first person I asked was [Steven] Smithy when I was out there batting. I said how many overs do you reckon we’ll have at them tonight, and it was literally that perfect amount. Then I came in, I think at that [tea] break, and I said ‘when are we declaring’, and they said ‘5.40 pm’ and I said ‘ok’. I kept on asking when we were out there, we got to five, then ten past five, and I was making sure that was still the message and it was. Until I think that last over before, it just ticked over [5.40pm] and Painey wanted me to try and get past that 334 mark.”

The 33-year-old was well aware of the 335-landmark

“100% I was aware of the history. You grow up knowing what those milestones are. Forever you talk about Donald Bradman. They’re things that you look at the history books and say, ‘how did they get there that’s a long time in the middle’.” 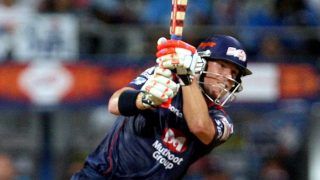