Pakistan batting legend Zaheer Abbar feels the break from a busy international schedule due to the coronavirus pandemic will allow cricketers to introspect and spend more time with their family. Cricket schedule has gone for a toss with matches cancelled or postponed due to the rapid spread of the deadly virus that has infected over 1.4 million people globally and left over 85,000 dead.

“I think it is a good break for them,” Abbas told PTI. “They always live on suitcases, play too much cricket, and rarely get time to be at home. Now they have got a chance to spend time with family. I would suggest them to introspect, keep working on fitness and do whatever they were not able to because of their busy schedule. It will also keep them refreshed for the future,” he said.

With the world coming to a standstill, Abbas feels that the result of the virus will have far-reaching implications.

“Life without any live sports is dull, but health is the most important thing at this point. It is an unprecedented situation. I haven’t seen in my lifetime the whole world coming to a standstill. It’s going to affect every country, every field and sport is no exception. The financial losses will be huge,” he said.

With almost every country under partial or complete lockdown, travel restrictions have been imposed. Abbas was to travel to London to be with his wife but is now spending time at his home in Pakistan, watching old matches.

“I was supposed to go to London as my wife is there and the situation is very bad there. I am worried for her. Pakistan team was scheduled to tour England and I was looking forward to watch matches as we have a home near Lords, but suddenly the whole scenario has changed. All plans have been cancelled.”

“Now most of the time I watch TV, old matches, movies and talk to friends all over the world. It has been 15 days since the lockdown began in Pakistan but I think it will be extended,” he said.

Fast bowling legend Shoaib Akhtar had suggested organising matches between India and Pakistan to raise funds for those affected coronavirus but Abbas doesn’t see it happening.

“I think it is very difficult. We have been trying for long but I don’t see it happening in near future,” he said. 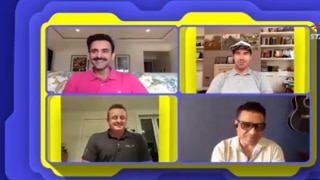 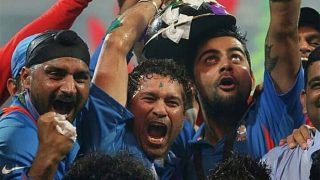