Rashid Latif said that he did not see Azhar Ali being a successful captain in future.

“I think it is best if Waqar steps down himself after this appalling performance in the one-day series. It is best for him if he steps down himself,” Latif said. Read: Pakistan’s loss to Bangladesh lowest point in cricket history, says Imran Khan

“Bangladesh has improved their cricket but still to lose in such a manner to them is not tolerable and for this the management is responsible. They couldn’t even field a proper eleven in all three matches,” he fumed. Read: PCB chairman ‘deeply disappointed’ by Pakistan’s series loss to Bangladesh

Latif said that he did not see Azhar Ali being a successful captain in future and said Waqar needed to accept responsibility for the defeats.

Former fast bowler Shoaib Akhtar warned of tough times in the coming Test series. He said he had warned beforehand that the way Pakistan cricket was being managed, it would soon face a day when it would lose to Bangladesh.

“We have lost the one-day series and I see similar results in the Test matches,” he said.

Akhtar said the team management appeared to have no inkling as how to take Pakistan cricket forward.

“They can’t even get their playing combinations right which is unacceptable. In the past two to three years Pakistan survived because of spinners but now they are difficult times ahead for us.”

Former captain turned commentator, Rameez Raja also expressed disappointment at the ODI results and said the expectations one had with Younis had not been realised.

Asked if he agreed with Rashid Latif?s advice to Waqar to step down, Rameez said until now the way Waqar had delivered as coach he had been a failure.

“Pakistan cricket is going nowhere and today we are facing our worst days. It is unimaginable we should lose in this manner to Bangladesh.”

He also said that the Pakistani players were not ready to learn from their mistakes.

Pakistan?s chief selector, Haroon Rasheed told PTI that while the new selection committee was expecting a tough series in Bangladesh but it never expected a whitewash.

“It is hugely disappointing for everyone but what really shook us was the performance of the bowlers which was below par at every level. Even Saeed Ajmal’s bowling is not what it used to be. But we decided to give him a full chance in this series with his remodeled action to just see where he stands in our future plans.”

Haroon, a former Test batsman, said every player and official’s performance would be assessed after the tour.

Former PCB Chairman Khalid Mehmood said that the entire team management and those running the cricket affairs were responsible for the humiliation in Bangladesh.

“I didn’t see 11 active players on the field in the series I just saw 11 living dead on the field. This loss to Bangladesh is one of the darkest days in Pakistan cricket history,” Mehmood said. 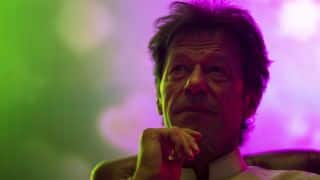 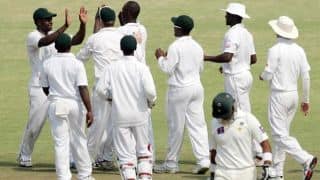