TNPL 2021: Players like Dinesh Karthik, Ravichandran Ashwin, T. Natarajan, Varun Chakravarthy and Washington Sundar would be missing for various reasons and that may take the sheen off the tournament. After a gap of a year due to the pandemic, Tamil Nadu Premier League season 5 is set to start on July 19. It would be just what cricket-frenzy India wanted after the Indian Premier League got suspended midway due to the spike in Covid-19 cases across the country. Eight teams and 28 matches will be played in Chennai’s MA. Chidambaram Stadium. Unfortunately, all the games would be played behind closed doors due to the Covid threat.

The fifth edition of the TNPL is important not just for the fans, but also for a few players who would be vying for a spot in the T20 World Cup side.

Players like Dinesh Karthik, Ravichandran Ashwin, T. Natarajan, Varun Chakravarthy and Washington Sundar would be missing for various reasons and that may take the sheen off the tournament.

TNPL 2021 Players to Watch Out For

Baba Aparajith: The 27-year-old has been making headlines for his brilliant performances for his stateside recently. He would certainly like to fire for his side and impress the selectors. The Nellai Royal Kings batsman would like to show his prowess. He has been part of the CSK and RPS setup in the IPL and should only help matters.

K. Gowtham: There have been whispers about the 32-year-old being in the reckoning for a national debut. That has not happened thus far, but with a good show in the upcoming season of the TNPL – he would like to give national selectors migraines.

Shah Rukh Khan: The Bollywood actor namesake made headlines earlier this year when Priety Zinta lapped him up for the Mohali-based franchise. He has not got ample opportunities, but he has got the game to make a mark. He would like to do that in the upcoming season of the TNPL for Lycia Kovai Kings.

Narayan Jagadeesan: The 25-year-old is a prolific run-getter and he would have eyes on him for sure. Jagadeesan was the highest run-getter in the 2019 edition. The Tamil Nadu top-order batsman has made his IPL debut for CSK in 2020. His matured knock of 33 runs off 28 balls at No. 4 was one of the highlights of that match versus RCB.

R Sai Kishore: The 24-year-old left-arm spinner has impressed one and all with his performance in the TNPL. He is young and has a lot of cricket ahead of him. He would also have eyes on him when he plays for the Chennai Super Gillies. 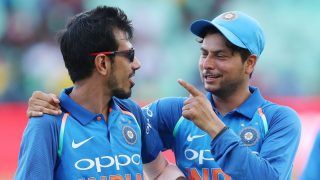 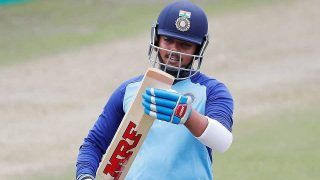