Allrounder Tom Curran is hopeful his Big Bash League (BBL) form would strengthen his chances of making cut for the World Cup.

Tom Curran is hopeful his Big Bash League (BBL) form would strengthen his chances of making a cut in the England squad for the ICC World Cup 2019 later this year.

Curran, who represents Sydney Sixers in BBL, took 20 wickets this season apart from hitting 185 runs that included a fifty. His display with the bat resulted in him being bumped to No. 6 spot as he scored at a strike-rate of 144.53.

“It helps to play in those big franchise tournaments,” Curran said on Friday. “It’s the biggest stage apart from international cricket, so to go there and do well gives me confidence. Hopefully from that I can put in some good performances here and get in that World Cup squad.”

There has been a growing speculation that England might end up selecting Jofra Archer which puts Curran in direct competition with him for the seamers spot.

However, Curran isn’t worried. “I try not to think about selection. In the back of your mind you want to get into the squads and you want to be playing but I don’t get too caught up in it. It’s out of my control so I’ll be focusing on what I can do,” the 23-year-old said.

He continued, “I’m sure he [Archer] would be welcomed. It’s a great bunch of boys. I can’t see why he wouldn’t be welcomed. He’s a good player, but it’s not my job to select the side. T20 skills are transferable. They are pretty similar.”

Curran recently signed a three-year deal with Sixers but had to miss their semi-final clash as he linked up with the England squad for the upcoming ODI series in West Indies.

Curran has proved his ability in the death overs and has also mastered bowling yorkers that prove crucial in the crunch stages of a contest. “I enjoy bowling at the death and, if I can keep improving on that, it’s a big string to my bow. I think it was my death bowling that gave me the opportunity to make my T20 debut for England.

He added, “You want to perform at the hardest moments; the crunch moments in the game. The yorker is the hardest ball to hit and one of the hardest to bowl. I’ve been trying to work on that constantly, keep nailing it and always trying to improve. It’s going pretty well.” 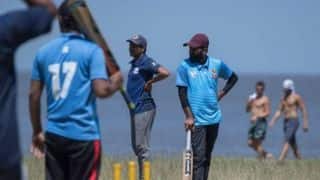 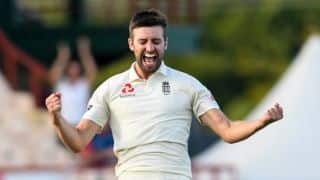