Westley has named Morne Morkel and Kagiso Rabada among the best bowlers he has faced till date.

Tom Westley had a memorable debut series as he scored a 59 on the debut match and saw his side win the series against South Africa later. Though he has faced many talented bowlers during his county stint, Westley has named Morne Morkel and Kagiso Rabada among the best bowlers he has faced till date. Both Rabada and Morkel bowled exceptionally well in the series which kept the visiting South Africa team in contest. Morkel was later adjudged the Player of the Series from South Africa alongside Moeen Ali from England. Westley also mentioned he is excited about England s first Day-Night Test. Tom Westley reminds me of Michael Vaughan and Marcus Trescothick, says Nasser Hussain

Morne Morkel bowled phenomenally through the series and probably didn’t get the rewards he deserved. He and Kagiso Rabada, who I’ve played against before a little in county cricket, are two of the best bowlers that I’ve faced so with the extra pressures of Test cricket it was a challenging experience, Westley wrote in his column for Skysports. A few of my four dismissals were quite similar so I’m enjoying honing my game; having got starts, I felt like I could score runs at this level so hopefully with a bit of tinkering I’ll be in a good place going forward. I’ve had plenty of advice over the last fortnight – not all of it good! There have been a few jokes – mainly from Stokesy and Moeen – suggesting that now I’m in the team, I need to change my entire game-plan and try to hit the ball through the off-side, he added, talking about his experience in the series.

Beating South Africa is something I’ll always treasure and although I only came in halfway through the series at 1-1, it was very special to sit with the lads and enjoy our success, he wrote about the successful series.

I’ve only played two days of day-night cricket before – for Essex against Middlesex – and that was a bit of a non-event because we didn’t bat for the first two days and then it rained before I had to leave the match early due to England Lions commitments. I did bat against a pink ball earlier this winter for England A against Sri Lanka A, but that wasn’t a day-nighter, so I’m relishing the challenge, Westley said about England s approaching Day-Night Test to be played with pink ball. 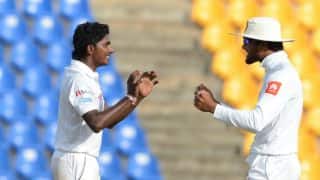