Tommy Stewart of Sexey’s school took all 10 wickets against Gryphon School to clean up the opposition for just 24 runs. They were defending a score of 104. Stewart is just 13 and from Yeovil, Somerset. The two runs Stewart conceded during his spell were through wides.

“I’ve been out of form with the bat — I got out to a terrible shot — so I was frustrated. My coach told me to channel that into my bowling,” Stewart was quoted as saying by BBC Somerset.

“I thought to myself ‘don’t muck up, keep them under 104’. I wasn’t trying to get wickets, I wanted to keep to dot balls.I thought I’d take a few, then the middle order will hit a few runs and that would be the end of the game.”

Stewart continued by saying, “I never thought anything amazing would happen.After the sixth wicket I thought, with the lower order, I could go in and take a few more. I hoped then I could take all 10 and become famous.”

In Tests, Anil Kumble and Jim Laker have taken all 10 wickets in an innings. Hedley Verity, the slow left-arm orthodox recorded the best figures in a First-Class match when he took 10 wickets for just 10 runs against Yorkshire in the year, 1938. 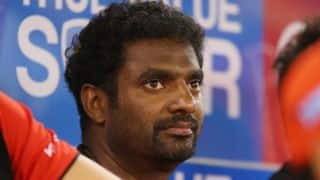 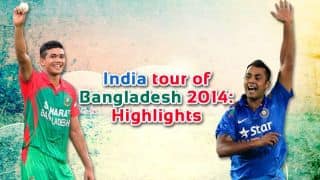