He was seriously ill and was under doctors' care at the Bayview Hospital in Beckles Road in Barbados.

Tony Cozier, the cricket commentator and writer on West Indies cricket, passed away on Wednesday aged 75. Cozier was one of the most respected cricket commentator and writer coming from the Caribbean. He was seriously ill and was under doctors’ care at the Bayview Hospital in Beckles Road in Barbados. Cozier was married to a former Hockey player Jillian, and had two children son Craig and daughter Natalie. Craig, who is a former Hockey player for Barbados was working as a television producer in the ongoing Indian Premier League (IPL), bur had left for his native place to be with his family.

According to Nation News, Cozier was the lone voice from West Indies in the commentary box in the 1960s, during their major tours to England, India, Australia as well as New Zealand. Cozier produced the West Indies Cricket Annual in the 1970s, and provided deep coverage of the Shell Shield as well as Test cricket. No doubt it was a must-read for the Caribbean cricket fans and those around the world. ALSO READ: MCC awards life membership to Tony Cozier

Cozier was born in 1940, and is said to have covered every major West Indies series since 1962. Cozier was the son of Barbados journalist Jimmy Cozier, who served as the managing editor for the St Lucia Voice and was also the founder of Barbados Daily News.

So shocked and saddened by the news of Tony Cozier passing, a wonderful man and distinguished broadcaster. #RIP

Desperate to report the passing of great family friend, Tony Cozier. Not enough room here to pay sufficient tribute. Will miss him hugely

Go well Tony Cozier. You adorned our game. You loved it like a child and a parent. You had respect. You had dignity. And you had love.

Cozier studied journalism at Carleton University in Ottawa. He played hockey, as well as cricket for two local clubs in Barbados. He was the editor of The West Indies Cricket Annual for all its 22 editions. 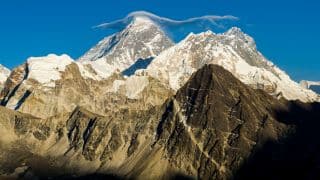