Former England captain Tony Greig has urged India to accept the "spirit of cricket is more important than generating billions of dollars". 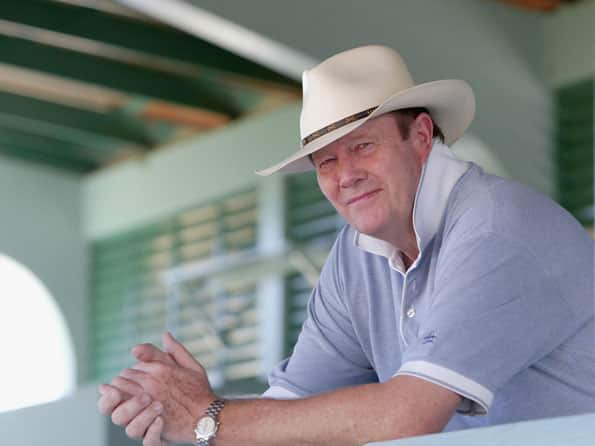 Former England captain Tony Greig has urged India to accept the “spirit of cricket is more important than generating billions of dollars”.

India is cricket’s economic powerhouse, driving the finance of the global game through the sponsorship and broadcast deals that derive from the sport’s huge popularity in the world’s second most populous nation.

The Board of Control for Cricket in India (BCCI) also oversees the lucrative Twenty20 Indian Premier League franchise tournament.

However, many observers believe the BCCI has used its huge influence for its own interests rather than those of the global game and that, as a result, the International Cricket Council (ICC) is not functioning properly.

They cite as evidence the BCCI’s ongoing refusal to accept the television replay Decision Review System (DRS), despite repeated calls for its universal implementation by senior ICC committees.

South Africa-born Greig, 65, giving the 2012 MCC Spirit of Cricket Cowdrey Lecture, named after his late former England team-mate Colin Cowdrey, at Lord’s on Tuesday, said: “Much of the game is controlled by the BCCI because it controls enough votes to block any proposal put forward at the ICC board meetings.

“The reason for this is some countries would not survive without the financial opportunities India provides.”

Greig, who called for the IPL to be expanded into an Asian league, backed former Australia captain Steve Waugh’s suggestion for players to take lie detector tests in a bid to root out corruption from cricket.

But the thrust of his speech was aimed at the BCCI, with Greig saying India could solve most of the sport’s existing problems “if it embraces the spirit of cricket and leads for world cricket, not just India”.

However, he also said the BCCI’s financial focus had led to a lopsided international calendar.

“The net result is Test cricket is suffering; some players appear not to have the same feeling for Test matches as their predecessors; there are more and more meaningless ODIs (one-day international matches).”

Greig was himself accused of denigrating Test cricket by acting as the ‘recruiting sergeant’ for Kerry Packer’s World Series Cricket, which lured players away from official matches with improved salaries.

Greig, explaining why he’d “sacrificed” the England captaincy to become involved with “an Australian television tycoon”, pointed to quotes from a transcript of his meeting with Packer soon after he had led England in the Centenary Test against Australia in Melbourne in 1977.

“Kerry, money is not my major concern. I’m nearly 31-years-old. I’m probably two or three Test failures from being dropped from the England team.

“I don’t want to finish up in a mundane job when they drop me. I’m not trained to do anything.

“I am at the stage in my life where my family’s future is more important than anything else. If you guarantee me a job for life working for your organisation I will sign.”

For the past 35 years, Greig, as a World Series player and as a cricket commentator for Australia’s Channel Nine television station, has worked for the Packer organisation.(AFP)

Australia warm up with massive win over Essex