After an impressive debut in Sri Lanka, fast bowler Trent Copeland said he is ready to take on South Africa in the upcoming Test series. 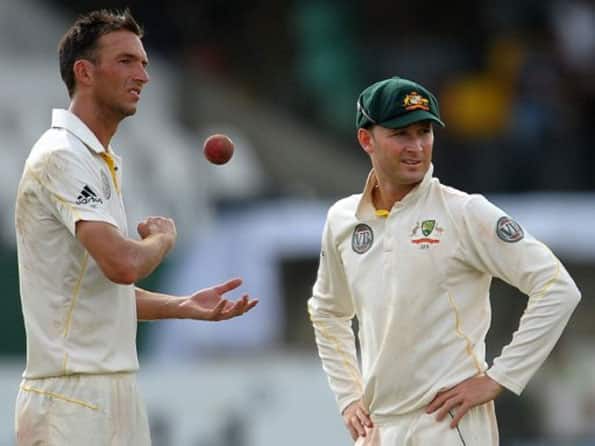 Trent Copeland (L) bagged six wickets with an economy rate of 2.1 in the three-match Test series in Sri Lanka AFP

After an impressive debut in Sri Lanka, fast bowler Trent Copeland said he is ready to take on South Africa in the upcoming Test series.

Thouugh Copeland was unable to bag many wickets he was able to keep the scoring rate under control by maintaining good economy rate. Copeland though faces competition from experienced Peter Siddle who performed well in third Test in Colombo.

He said,”Ideally that’s where more fruitful things come for me, doing the hard yards in Sri Lanka and I suppose the rewards can come when I’m on wickets which may suit my type of bowling a little bit more.”

“I’d like to think so (I’ve done enough), but you never know and in different conditions the roles will change and things like that. There’s still plenty of room for improvement … but the fact I can be relatively successful in Sri Lanka, it gives me confidence I can be successful anywhere in the world,” Copeland was quoted in Sydney Morning Herald.