West Indies take on South Africa at Basseterre, St Kitts in Match 6 of the Tri-Nations Series 2016. The home team are coming into this game on the back of an outstanding four-wicket win over Australia. Another win for them will improve their chances drastically for a place in the final. South Africa on the other hand, have world’s pressure on them, after a solitary win from three matches. The previous meeting between these two ended in a four-wicket win for the hosts, thanks to Sunil Narine’s 6 for 27 and Kieron Pollard’s 67. FULL CRICKET SCORECARD: West Indies vs South Africa, 6th ODI Match

South Africa have been ordinary so far in this series. Their decent bowling show has been overshadowed by their batting misery. In their first match, they were bowled out for a mere 188. Their only win over Australia also saw them scoring 189, before their bowlers stood up to the task. With score in excess of 200 in a solitary game — fourth ODI — their batting has flattered to deceive. In terms of positives, Imran Tahir has been really impressive, scalping 2 wickets in each of the three matches. And with the bat, Hashim Amla has been the standout with 115 runs.

The hosts on the other hand have somewhat surprisingly been excellent. Despite the likes Chris Gayle, Dwayne Bravo, Andre Russell and Darren Sammy missing out, other players have stepped up to the task. With two wins in three games, the confidence is definitely on their side. Their only loss against Australia in the second ODI was due to a batting collapse, but they fixed the issue in the reverse fixture, chasing down 266 very comfortably. The are buoyed by the return of Narine’s form. The spinner has already scalped 8 wickets. ALSO READ: Marlon Samuels, Australia involved in sledging again!

The opening fixture saw West Indies put up an all-round performance. Despite losing the toss, the hosts bowled beautifully to restrict South Africa to 188, much thanks to Narine’s 6 for 27. In their reply, 30’s from Johnson Charles and Darren Bravo set up the chase, which was finished by Pollard, who scored at run-a-ball 67 to guide his side to victory.

Just by looking both teams on paper, South Africa outrightly have an better side, with a perfect blend in batting and bowling unit. But West Indies in the reverse fixture against Australia showed great understanding of the home conditions to shock their opponents. ALSO READ: Du Plessis dejected after SA’s defeat to AUS

If South Africa play to their potential, they are arguably the best team in the world. With the likes of Quinton de Kock, Amla, Faf du Plessis and de Villiers in their batting unit, surely a big score isn’t far away. But West Indies are no pushovers; their early displays in the series is a proof of it. Still, expect the visitors to just edge the hosts due to the individual quality they possess. 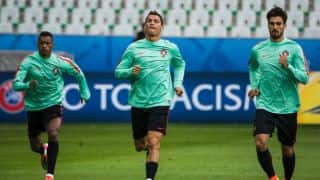 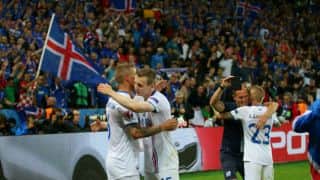