Mujeeb also cleared the air about an issue between Shakib Al Hasan and Rashid on Sunday when the duo seemed to have exchanged a few words.

Afghanistan have looked exciting in the Twenty20 format and they justified that after Rashid Khan‘s men defeated Bangladesh by 25 runs in the Tri-Nation Series at Dhaka on Sunday thus breaking their previous record of 11 consecutive T20 International wins.

Afghanistan spinner Mujeeb Ur Rahman attributed his side’s performance to intense training sessions with the sole motive of aiming to clinch the ongoing series without dropping a point. “All these training camps that we had (prior to the tour) was to have an unbeaten tour, though, Bangladesh and Zimbabwe are very good team,” Mujeeb told reporters after Afghanistan’s 25-run win over Bangladesh.

According to Mujeeb, who pocketed four wickets in Sunday’s win, unity has been the team’s strength.

He also cleared the air about an issue between Shakib Al Hasan and Rashid on Sunday when the duo seemed to have exchanged a few words. “There was no problem. Rashid was just asking about the lighting. Everyone turned on their mobile light (flash light). That’s why… there was no problem,” Mujeeb said.

Triumph against Bangladesh was not easy specially after the tourists were reduced to 40/4 before Mohammad Nabi rescued them with a thunderous 84. According to Mujeeb, despite being on the backfoot in the initial part of the match, there was no panic in the dressing room.

Meanwhile, Bangladesh captain Shakib criticised the absence of cohesion to his team’s efforts. “It’s happening like in every match – one or two players are performing while most of the others are not. For any successful side, most of the players perform and one or two fails,” he said.

“At the end of the day it is a team sport and we are not playing as a team and that is why winning is becoming more difficult for us,” he said.

Shakib reckoned that the hosts gifted the visitors two points in their recent encounter. “They are a big team in T20 cricket. They are ranked number seventh while we are at ranked 10th. West Indies and Sri Lanka are above us and we beat them sometimes.”

“But you have to say we have given them the match because at one stage we could have grabbed the game with two hands, which we did not do,” he said.

”We suffered a lot, conceded 15-16 extra runs and that put us behind. After all these mistakes, the difference is only 25 runs. If we can reduce these mistakes we will have more winning opportunity,” he said.

However, despite the loss, Shakib is confident on reaching the final of the tri-series. “We still have two matches. Zimbabwe have lost two matches in two, it’ll be difficult for them. I am pretty confident our team has the ability to play in the final,” he said. 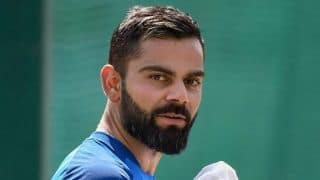