Georgetown (Guyana): Bowling coach Roddy Estwick says the West Indies are aware of where they went wrong in their last game against Australia and will have to pull together in order to correct those issues. The West Indies beat South Africa by four wickets in the opening game of the tri-nation series last Friday, but then produced a meek batting performance in their second outing against World champions Australia, to slump to a six-wicket defeat last Sunday, reports CMC. “It’s a collective thing. We’re all in it together. We wouldn’t say it is the bowlers or the batsmen that have let us down,” said Estwick on Wednesday, who recently replaced bowling legend Curtly Ambrose in the position. Full Cricket Scorecard: West Indies vs Australia, 5th ODI Match at Basseterre, St Kitts

“We haven’t played well as a team in the last game and we know the areas we need to improve in. We need to get partnerships, it’s 50-over cricket. Once we can get partnerships and someone in the top four gets a big score, then we’ll turn it around. There’s no doubt about that.” In the opening encounter, the West Indies bowlers, led by resurgent off-spinner Sunil Narine, undermined the Proteas with a career-best, six-wicket haul on a slow, low track at the National Stadium here, limiting them to 188 all out. Full Cricket Scorecard: West Indies  vs  Australia , Live Score, 2nd ODI Match, Australia and South Africa in West Indies Tri-Series, 2016

And after being dismissed for a disappointing 116 against the Aussies, Narine again proved a handful as the West Indies managed to claim four wickets before going under. Estwick, a former Barbados Pride coach and West Indies A seamer, said he had put a huge emphasis on discipline among his bowlers. “That is something I have stressed big on that we must reduce the extras and reduce the boundary balls. If you look at the extras, there were five in the first game which was very, very good and there was one extra in the last game. So those are areas we’re trying to improve,” Estwick pointed out. READ: Viv Richards lends support to sacked West Indies coach Curtly Ambrose

All three teams will turn their attention to the St. Kitts leg of the tournament where matches will be played at the Warner Park venue. And Estwick said this change would call for a recalibration on the part of the bowlers. “Guyana is a different surface, a different pitch and when we go to St Kitts it will be a different pitch as well, and you’ve got to rise to the challenge as a team and as a collective unit and that’s what we’re working to do.” 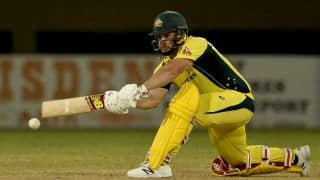 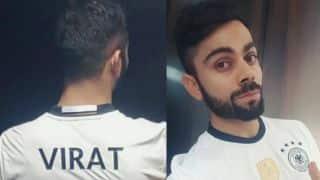