Trinidad & Tobago's journey in the Champions League has been quite eventful thus far and all-rounder Kevon Cooper takes a lot of pride in the way his side has played in the Twenty20 League. 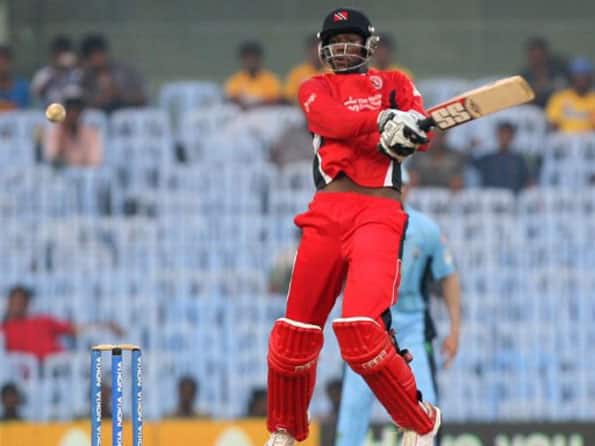 Trinidad & Tobago’s journey in the Champions League has been quite eventful thus far and all-rounder Kevon Cooper takes a lot of pride in the way his side has played in the Twenty20 League.

The Caribbean side lost two very close matches before upsetting defending champions Chennai Super Kings on Sunday night to jump back in the semifinal reckoning.

They came from the qualifying stage and have given a tough time to some big teams.

“We knew if we won the qualifying (group) we’d be in a difficult group, Mumbai Indians, New South Wales… tough guns. I think a lot of people didn’t expect us to do this well and show we can compete with the best teams in the world,” Cooper, who blasted 10-ball 28 against CSK, said.

“We just wanted to come here and show the world that we can compete with any team, no matter the state of the West Indies cricket. So Trinidad is flying the West Indies flag very high in Chennai at the moment,” he added.

Cooper and other spinners of his side have troubled all the batsmen on the slow wicket at MA Chidambaram stadium and he says they are feeling at home in Chennai since the pitches are quite similar to tracks back home.

“Back home it’s almost the same thing, the wickets suit our type of bowling, so we are used to it,” Cooper said.

Cooper though is disappointed that his team is yet to qualify for the semifinals despite having adapted better to the relaid Chennai wicket than other teams.

“Yes, we are disappointed, especially our first two games against Mumbai Indians and New South Wales. I must give credit to the guys for playing the way they did last night after two defeats,” he said.

Talking about the win against Chennai, he said, “We just ran in and bowled fast against the Chennai batsmen, used change of pace and also took the pace off the ball.”

Cooper hoped they would win against Cobras tomorrow and go all the way to the finals just as they did in 2009 and win the tournament this time around.