Having secured their place in the main round of this year's Champions League Twenty20 cricket tournament with two wins out of two games in the qualifiers, Trinidad and Tobago captain Darren Ganga is now eyeing to surprise a few big teams in the main event. 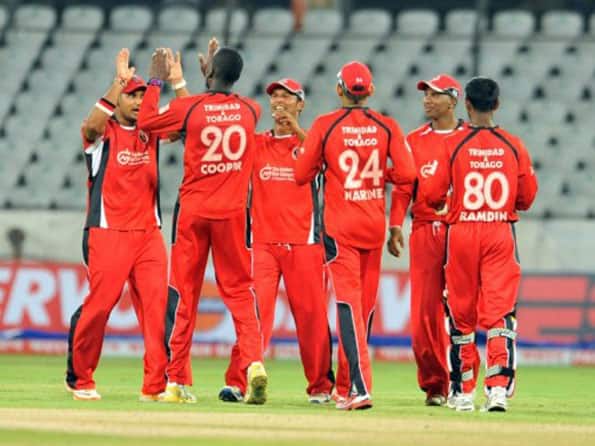 Having secured their place in the main round of this year’s Champions League Twenty20 cricket tournament with two wins out of two games in the qualifiers, Trinidad and Tobago captain Darren Ganga is now eyeing to surprise a few big teams in the main event.

Trinidad on Tuesday defeated England’s Leicestershire by 51 runs at the Rajiv Gandhi International stadium to register their second win in the CLT20 qualifiers and book their place in the main event.

“As captain, I think you are always pleased with a victory like this. It is a convincing victory. From the very first ball, we laid a good foundation for this victory,” Ganga said after the match.

“So far, I am pleased with the result. We came here to qualify and we did so. It is about moving forward from here.

“It is going to be a challenge for us to do well in the main round. Teams like Mumbai Indians, Chennai Super Kings and New South Wales are reputed sides and it will be a good chance for us to do well against those oppositions. The guys are relishing the opportunity. Hopefully, we can play good cricket,” he added.

Ganga credited the convincing wins in their first two games to team effort.

“It is really heartening to see the batting coming together. Yesterday, Sherwin Ganga and Bravo brought us the victory and today, Lendl Simmons and Adrian Barath set up things for us.

“The bowlers are also collectively doing the job for us.

I don’t want to single out any player because in this team everyone understand their role,” he said.

Asked whether he missed big-hitting Kieron Pollard, who opted to play for Mumbai Indians, and Chennai Super Kings’ Dwayne Bravo, Ganga said, “It is no longer an issue. This team is built on every single individual. It is not about one or two individuals. That is the strength of our team.”

“We dreamt of playing against Kieron Pollard, and Dwane Bravo, players who are members of our team. It is a weird sort of situation but we are looking forward to it. We prepared well as a team and to beat these guys will be a feather in our cap. As a team we are motivated to these encounters.”

Leicestershire captain Matthew Hoggard gave full credit to Trinidad openers — Barath (62 off 47) and Simmons (67 off 58) for setting the platform for the win with a 139-run first-wicket stand.

“They (Barath and Simmons) played very well. They set the foundation for the total. 168 is always a challenging total,” Hoggard said.

“It was difficult to accelerate the innings, to keep the pace going. The wickets here will be different from what we play in England.”

Hoggard said their chances of progressing to the main round now rests on tomorrow’s must-win match against Ruhunu.

“We play the Sri Lankans tomorrow. Hopefully, we can make sure that we play well,” he added.

Man-of-the-match Barath also agreed with Hoggard and said the start laid the foundation for the victory.

“Myself and Simmons are fortunate that we got a good start and laid the foundation. We capitalised on the the good start.” (PTI)