West Indies captain Jason Holder bowled an exceptional and unexpected spell against Pakistan in the ongoing third Test at Sharjah Cricket Stadium. It all started on day three of the match, when Pakistan came to bat while trailing by 56 runs. It has been a long time since West Indies took a lead in a Test and this is one of those rare match in recent few years. When Pakistan to bat, Holder led his side from the by taking three big wicket early in the innings. Those three wickets included players like Sami Aslam, Asad Shafiq and Younis Khan. No doubt that these are among the top class players in Pakistan and Younis was surely the biggest wicket among all three.

At the end of day three, Holder was still with three wickets and Pakistan were eyeing to comeback in the contest as Azhar Ali and Sarfraz Ahmed both added crucial 86 runs for fifth wicket partnership. Sarfraz was the first one to get out in that partnership and after that wicket, soon West Indies began making their grip strong in the game with some more wicket. Soon, Holder came back into scene and scalped two crucial wickets. With those two wickets, Holder gets his maiden five-wicket haul in Tests and became sixth West Indies captain to have achieved this feat. Not only his bowling but also his captaincy was very impressive throughout this Test and meanwhile, he has become another hot trending topic in social media. We present some of those reactions from social zone.

Jason Holder has five wickets in a Test innings. This has never happened before. The next time this will happen…#Ripleys #PAKvWI

Holder has been quite brilliant in this test! 5fer,150-poor batting through out by Pak,didn’t play the short ball well & poor ckt all round

Jason Holder is a fighter! #PAKvWI

First time Jason Holder has taken more than 3 wickets in a Test inns. This is his 20th Test.

Thats an excellent effort by a young WI team. Congrats to Jason Holder on his first 5wkt haul in test cricket. #INFLECTIONPOINT???

This was the Jason Holder we all wanted to see. Should do a world of good for his confidence as captain too. #PAKvWI

West Indies currently need 153 runs to win this Test and hope they will end this match in their favour. 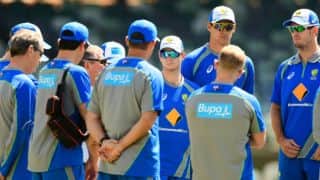 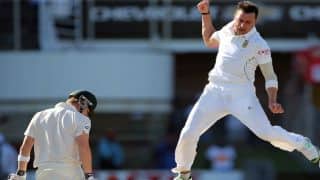