Vidarbha concluded a memorable Ranji Trophy 2017-18 by clinching their maiden title, beating Delhi by 9 wickets. Pitted against seven-time winners in their first ever final appearance, Vidarbha displayed an all-round show to bring the opposition on the mat, and seal the finale inside four days. Twitteratti came together to wish the newly-crowned Ranji champions. The summit clash was played at Holkar stadium, Indore.

Congrats my tigers. What a historic win. Missed all action, wish i was in indore. Wadkar showed great nerves for ton in final. Gurbani, what a season u have had. Best wishes to Faiz and Pandit sir.

Well done Vidarbha. To come from nowhere to win the Ranji Trophy is an outstanding achievement. Biggest day in the lives of these players. Much respect.

Congratulations #Vidarbha on winning their maiden #RanjiTrophy , always thought they were a great bunch of lads,waiting to see some of them make higher honors #Ranjitrophy2017

Congratulations, Vidarbha, for the fairytale journey.

Thank you, Vidarbha, for restoring my faith in life.

Thank you, cricket, for being there, helping me put my life together over decades.

Well done, Vidarbha! Massive congratulations on winning the #RanjiTrophy for the 1st time! Your win has showed that dreams & fairytales can come true, if you truly believe! A brilliant success story to kick-start 2018; & to set the tone for the rest of the year! #RanjiTrophyFinal pic.twitter.com/CMByZ6KhGL

This is also the second time that an underdog side has won Ranji Championship at Indore in as many years. Gujarat had won in 2016-17. Talking about statistics, Vidarbha’s Rajneesh Gurbani who claimed a hat-trick in the final ended the season as the second highest wicket-taker (39). Vidarbha skipper Faiz Fazal accounted for 912 runs, his opening partner Sanjay Ramaswamy amassed 775 runs. They, in turn, claimed the second and third spots respectively in most runs scored in the just-concluded edition.

Jaffer, who is leading the charts with most runs in Ranji Trophy history, had a good season with the willow. He scored 595 runs at 54.09, that includes 1 hundred and 3 half-centuries. He chipped in with vital contributions, apart from Vidarbha coach Chandrakant Pandit instilling the ‘winning feeling’ among the camp. 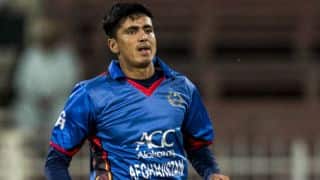