It, however, would be unfair to judge that Amitabh Bachchan actually targetted Harsha Bhogle in the tweet.

After India s thrilling win over Bangladesh in the 2016 World T20, Bollywood actor Amitabh Bachchan had criticised Indian commentators for being biased towards other players and speaking very little of the Indian cricket team. He had tweeted, With all due respects, it would be really worthy of an Indian commentator to speak more about our players than others all the time. The then captain MS Dhoni too had agreed with Bachchan and quoted the tweet saying, Nothing to add.

Bachchan tweeted again on the same lines, after India s win the first T20I against South Africa on Sunday.

T 2619 – INDIA wins first T20 against SoAf .. brilliant play .. loved the aggression .. and loved the bias commentating .. keep doing that please ..coz’ every time you do that we WIN handsomely ! pic.twitter.com/q3cES8Q772

Uncle Since ur a senior, u think u always have right to say anything about anyone. As usual You continue to spit venom about @bhogleharsha but he will remain one of the bestest commentator after Tony Greig.

If your indication is towards @bhogleharsha then you need to work on your knowledge of the game.

It, however, would be unfair to judge that Bachchan actually targeted Harsha Bhogle in the tweet. 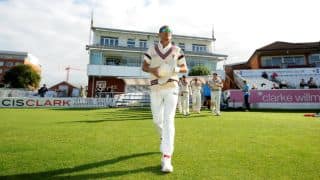 Cheteshwar Pujara: I have a lot to offer in limited-overs cricket