The 26-year-old might be a star today but there have been at least two occasions when he feared for his international career, thinking it has ended. 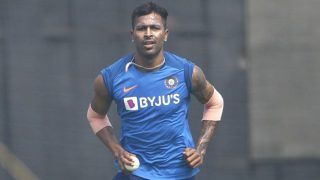 Allrounder Hardik Pandya has become a vital cog in India‘s limited-overs setup since making his international debut in January 2016. Pandya adds a much needed balance to the Indian side that allows them the luxury to play an extra bowler, be it in red-ball or white-ball format.

The 26-year-old might be a star today but there have been at least two occasions when he feared for his international career, thinking it has ended.

First over on debut

Pandya made his debut against Australia in a T20I in Adelaide. India were defending 188 and the then captain MS Dhoni introduced the seamer in the eighth over. And he bowled four wides, was clubbed for a six and four to conecede a total of 19 runs from his maiden international over. Expectedly, he was taken off the attack.

Dhoni brought him back in the death overs and he conceded 11 more before ensnaring dangerman Chris Lynn for his maiden wicket. He finished with 2/37 from three overs as India won by 37 runs.

“I conceded 26 runs from my first 8 balls and frankly thought my career was over”, Pandya told Cricbuzz. “When I was hit for a huge six, almost 105-110m, I thought I was done. I felt it couldn’t get worse than this and thankfully I managed to snare a couple of wickets.”

During a 2018 Asia Cup match against Pakistan in Dubai, Pandya was stretchered off the field after sustaining an acute lower back injury. He fell on the ground after bowling the fifth delivery of his fifth over looking in significant pain, unable to get up.

“I genuinely thought that my career is over because I’d never seen anyone being stretchered off. I was knocked out for 10 minutes, after that the pain never went down,” Pandya recalled.

“What happens to me is that my body goes into recovery mode straight away… Asia Cup was anyway going to be my last series before being rested but then the injury happened,” he added.

He did make his comeback but the back issue persisted before he finally took the decision to go under the knife last year resulting in a long rehabilitation. 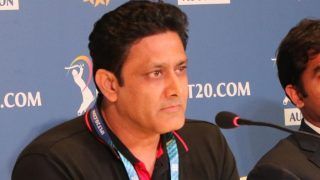 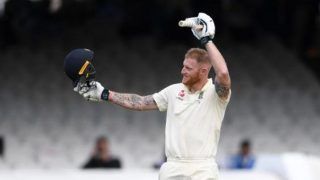