England's Tymal Mills has played only four games for the national side but his popularity has increased worldwide since his debut.

England pacer Tymal Mills has signed a new two-year contract extension with Sussex. The news came out on Tuesday and the 24-year-old will be a part of Sussex’s squad till 2019 at least. Mills, a T20-specialist due to a prolonged long-standing back problem, is coming on the back of a dismal campaign in his first appearance in Indian Premier League (IPL) 10 for Royal Challengers Bangalore (RCB). The runners-up from 2016 edition were knocked out of the league stage with only 3 victories from 14 games. Mills scalped 5 wickets from 5 games to mark the end of an ordinary campaign after being the second-most expensive player in IPL auction 2017. He was bought for a whopping INR 12.5 crores. Carribbean Premier League Player draft features Rashid Khan and Tymal Mills

Sussex’s bowling coach, Jon Lewis, has worked closely with Mills. Lewis was quoted as saying by Cricbuzz, “Tymal really has developed. He’s become a much more consistent bowler. When he first turned up at Sussex his lines and his lengths were unpredictable. He would miss most of the time. He’s now physically in better shape which means he is more able to repeat technically. It’s down to how hard he’s worked. He’s changed his running style and technique in his run up which has led to his deliveries being in a more consistent area”, concluded Lewis.

In limited appearances so far for his national side, Mills’ has been ticking all the boxes which has increased his popularity worldwide. He has played in the Bangladesh Premier League (BPL), New Zealand’s Super Smash, Australia’s Big Bash League and even featured in Pakistan Super League (PSL) before IPL. Sussex would be banking on his rich experience to turn the heat in this County edition. 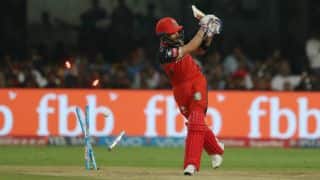 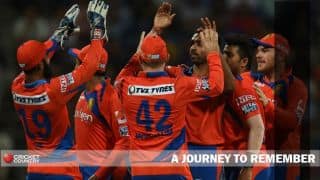