Jaiswal scored 13 boundaries and one hit over the fence during his 93-ball knock.

Riding on in-form opener Yashasvi Jaiswal’s 92 and Ayush Badoni s 65, along with some tight bowling from the slow left-arm spin duo of Siddharth Desai (4/37) and Harsh Tyagi (3/40), India U-19 were able to defend their 222-run target against Afghanistan U-19 and walk away with a 51-run win in a Group A match of the U-19 Asia Cup at Savar (Bangladesh) on Tuesday.

Electing to bat, India were in a spot of bother at 14/3 in the fourth over. Jaiwal, who notched 104 against Nepal earlier, took on the responsibility of holding the innings together during a hard-fought 93-ball knock that saw him smash 13 boundaries and one hit over the fence.

Afghanistan displayed tremendous discipline with their bowling. Right-arm fast bowler Azmatullah Omarzai accounted for two of the top three Indian top order batsmen Anuj Rawat, centurion in their last match against UAE, who departed for a duck and skipper Pawan Shah (12), caught behind by Rahmanullah Gurbaz.

Jaiswal then found support in Badoni as the duo steered the Indian innings from 76/4 to 156/5. Jaiswal was the first to depart after he was caught by Omarzai off Abid Mohammadi. None of the Indian batsmen contributed much to the innings as Afghanistan bowled out their opposition for 221 in 45.3 overs.

In reply, Afghanistan openers Riaz Hussan (47) and skipper Gurbaz (37) laid the foundation for a good start with a decent 56-run partnership. However, the slow left-arm spin duo of Siddharth Desai (4/37) and Harsh Tyagi (3/40) proved to be the turning point in the run-chase as they accounted for the top four batsmen leaving Afghanistan reeling at 99/4 in the 28th over. Off-spinner Badoni contributed with a handy 1/28 in his 10 overs as Afghanistan were bundled out for 170 in 45.4 overs to hand India a comprehensive victory, their third in the series. 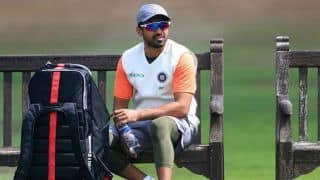 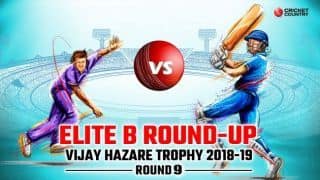