Leg-spinner Rehan Ahmed was the hero for England, taking three wickets in the penultimate over at crucial moments when Afghanistan required just 18 runs from the last 10 balls to secure a final berth. 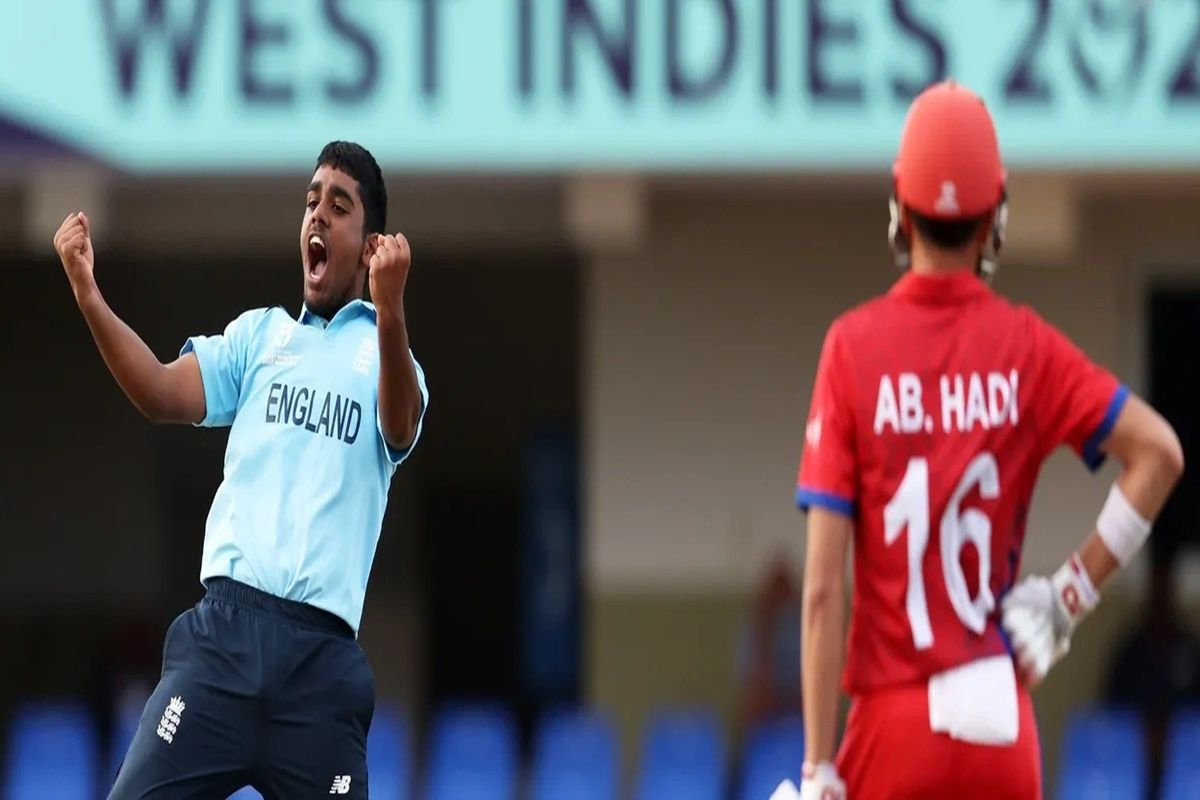 North Sound (Antigua): Led by a fine spell of bowling by Rehan Ahmed (4/41) and brilliant half-centuries from George Thomas (50), George Bell (56 not out) and Alex Horton (53 not out), England overcame a spirited Afghanistan performance by 15 runs in an ICC U-19 Cricket World Cup sem-final match that could have gone either way at the Sir Vivian Richards Stadium on Wednesday.

Leg-spinner Rehan Ahmed was the hero for England, taking three wickets in the penultimate over at crucial moments when their opponents required just 18 runs from the last 10 balls.

England will now take on the winners of the semifinal game between Australia and four-time champions India in the final on February 6. It’s been a revival of sorts for England who had finished ninth in the previous edition of the tournament two years ago in South Africa.

Riding on three half-centuries, England scored 231/6 in 47 overs in a rain-interrupted match and then despite the best efforts from Afghanistan’s wicketkeeper-batter Mohammad Ishaq (43), Al Noor (60) and Abdul Hadi (37 not out), the incisive spell of bowling from Rehan restricted Afghanistan to 215/9 in 47 overs.

England have returned to the final after a 24-year wait, while Afghanistan will now head to the Coolidge Cricket Ground for the third-place playoff.

Rain delayed the semifinal after England won the toss and elected to bat. Once both sides were able to take to the field in Antigua and Barbuda, it was Afghanistan that made the stronger start. Jacob Bethell, who had smashed 88 against South Africa in the quarterfinals, was trapped LBW by Naveed Zadran, an early sign that England faced a tough task.

Skipper Tom Prest joined vice-captain Bethell in making an early departure, reducing them to 2/56, as England struggled to dominate with the bat. George Thomas steadied the ship with an excellent 50 after a slightly nervy introduction at the crease, only beaten by an excellent delivery from Noor Ahmad.

And when William Luxton was clean bowled by Izharulhaq Naveed, England were five down having barely put 100 runs on the board. However, the rain came again to delay play for a further half-hour and led to revised conditions of 47-overs-per-side.

England’s back-end stand of 95 from George Bell and Alex Horton managed to give them a respectable total with the pair attacking the Afghanistan seamers fiercely, which helped them to a final total of 231.

The weather interruptions meant Afghanistan had a revised DLS target to match the score and chasing their first ever ICC U-19 Men’s Cricket World Cup final, they knew a good start was the key. Opener Nangeyalia Kharote was unable to provide it when English seamer Josh Boyden claimed his wicket with just the third ball of the innings.

But Kharote’s replacement Allah Noor, smashed a huge six to get off the mark and quickly gave his team a platform. The 18-year-old produced a superb knock featuring eight boundaries as the momentum of the semis swung back Afghanistan’s way.

Along with wicketkeeper Mohammad Ishaq, the pair got their team past 90, with Noor making a valuable half-century. England’s crucial breakthrough came after some athletic fielding led to a run-out for Ishaq with wicketkeeper Horton reacting quickly to a loose throw at the striker’s end.

Noor remained stubborn but eventually went for 60, with Thomas Aspinwall claiming a vital wicket. That set up a thrilling finish that could have gone either way. The 44th over for England appeared to have turned the game when two consecutive no-balls gifted their opponents eight runs, before Abdul Hadi (37 not out) smashed a six to take them to 200 and tantalising close.

But Rehan’s late flurry and a nerveless final over from Boyden carried England over the line to their first U19 Men’s Cricket World Cup final since 1998 in South Africa, when they won the title. 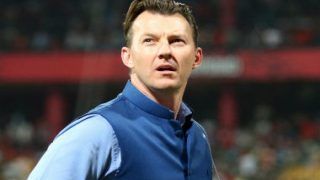