"Rahul Sir told us that 'money will keep flowing in but just remember what is it that has helped you earn so much money and focus on that"- Shivam Mavi.

Rahul Dravid‘s pearls of wisdom are precious for any young cricketer and talented fast bowler Shivam Mavi is no exception as he is trying to follow the former India captain’s advice to the T: “Focus on the game and riches will follow”. The 19-year-old Mavi, a star performer for the World Cup winning India U-19 team, will be turning out for Kolkata Knight Riders in the upcoming Indian Premier League after being picked up for a whopping INR 3 crore at the auctions.

“Rahul Sir told us that ‘money will keep flowing in but just remember what is it that has helped you earn so much money and focus on that. It’s cricket for you. If you give time to cricket then it will give you back, whatever you want.’ His words still rings in my ears,” Mavi told PTI in an interview at KKR’s team hotel here.

It is a common thing for young cricketers to progress from domestic cricket to the IPL but U-19 World Cup winning speedster Shivam Mavi wants to buck the trend aiming a place in the Uttar Pradesh Ranji team by virtue of a good show in the cash-rich league.

Mavi impressed one and all during the colts World Cup in New Zealand, with brisk pace and ability to swing the ball. But unlike Prithvi Shaw, Shubman Gill or Ishan Porel, the boy from Noida is yet to play any representative cricket for Uttar Pradesh at the senior level.

Mavi is a great fan of Dale Steyn and was lucky to get a glimpse of the South African great during a net session at the Kotla. “He had come to Kotla, I’ve seen him from distance. I love the way he gets the ball to reverse swing. That’s why I follow him a lot. Maza aata hai (It’s fun bowling reverse swing). Whatever I have learnt is by watching only. I don’t ask much,” he said.

While he has clocked 146 kmph (as per the speedgun of the official broadcasters of World Cup), he is more intent on getting his rhythm right, which automatically increases the pace. “I don’t focus much on pace. The main accent is on the rhythm. Once you get your rhythm right, you can generate pace. Rahul Sir said focus on bringing consistency in line and length.”

Mavi recalls a stint at the National Cricket Academy in Bangalore where his speed got a big boost after he worked with strength and conditioning specialist Anant Date. “It was just before England’s India tour (January last year). He worked on our weakness, like core, strengthening work. It helped in generating pace,” he says about the camp where Dravid noticed his raw talent.

Set to share the dressing room with the likes of Mitchell Starc and Mitchell Johnson, Mavi said: “I will try to learn a lot from them. It will obviously help me.” “I am looking forward to play my first match. There will be pressure. It’s natural and comes to everyone. It’s about controlling them. When nervous, I just look at what the batsman does. I just look in front — at the square, and not beyond.”

Hailing from a village near Meerut, Mavi had shifted base to New Delhi “for studies” when he was in second standard. Initially, he loved batting but then one day at his coaching camp, his coach Phool Chand Sharma found that there was a bowler short at the nets and asked Mavi to bowl medium pace. “I was generating enough pace. Sir told me to become a bowling all-rounder as I will have an advantage with double skill sets. Then I started working on my bowling.”

Mavi claimed that he became a victim of ‘selection politics’ as he was not picked for Delhi U-15. However there is a section in DDCA that had always maintained that Mavi along with Manjot Kalra have had problems with age. “I was the highest wicket-taker in the U-14s but despite that Delhi did not select me. We then moved to UP,” he said about shifting base to Greater Noida. He nowadays trains with former Delhi pacer Parvinder Awana, who played a couple of T20s for India in 2012. 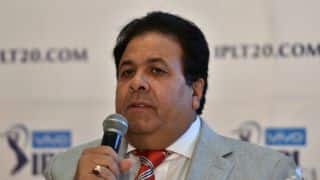