Dhaka:  Bangladesh Prime Minister Sheikh Hasina has assured the International Cricket Council (ICC) that her government will provide foolproof security for the forthcoming Under-19 World Cup. The prime minister was talking to a four-member ICC team, headed by Chief Executive Officer (CEO) Dave Richardson, at Ganabhaban on Saturday evening. The ICC had in October said that Bangladesh would host the U-19 World Cup from January 22 to February 14, reports bdnews24.com. The prime minister’s press secretary Ihsanul Karim later said Hasina underscored Bangladesh’s capability to provide world-class security for a sport the people are fascinated with. “The ICC team appreciated the cricket stadium at Cox’s Bazaar,” he said. READ: Australia cancel Bangladesh tour; Steven Smith disappointed

The 56-year-old Richardson said the purpose of his visit to Bangladesh was to assess the security scenario by meeting relevant agencies. “You are aware that Australia postponed their tour of Bangladesh because of some security concern. So we wanted to visit Bangladesh and meet all the relevant security agencies and high commissions of the member countries,” he said. He added that it was mandatory for ICC to inspect a host country to study the risk factors and ensure the safety of players, umpires, match officials and their friends and relatives. READ: Italian shot dead by ISIS casts doubt over Australia tour of Bangladesh 2015

“Security has become more challenging in recent times but that does not mean we cannot hold any event in a particular places,” Richardson said. The inspection team would be submitting its security assessment report by the end of this month. Questions have been raised on the security scenario since a series of attacks on bloggers and publishers besides the killing of two foreign nationals — Italian aid worker Cesare Tavella in Dhaka on September 27 and Japanese farmer Kunio Hoshi in Rangpur on October 3. Islamic State (IS) militant group later claimed responsibility for the murders of Tavella and Hoshi. 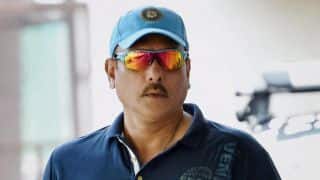 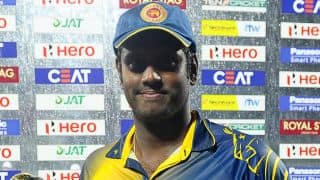