Umar has been selected as a wicketkeeper-batsman for the ODI series in Sri Lanka.

Young Pakistan batsman Umar Akmal has triggered off a new controversy by filing a suit for damages against a traffic warden, Zeeshan who detained him for traffic violations and misbehavior earlier this year. Umar filed an application today in a local session court in the presence of additional and session’s judge, Judge Safdar Ali Bhatti.

“I was out of the country when my father was forced to submit a written apology to the traffic warden although the case was still pending in court. I spent a day behind lock up and my family underwent lot of mental torture including my father. The police used their influence to extract the written apology from my father,” Umar told.

Umar, who has been selected as a wicketkeeper-batsman for the One-Day International series in Sri Lanka next month and has also made a comeback to the Test side for the two Tests there, said he wanted the law to hear his side of the story. “I was accused of assaulting the warden which is not true. I was humiliated by Zeeshan’s actions as I am a national hero and the entire incident appeared as if I was wrong,” he said.

Police claim Umar had a scuffle with Zeeshan who stopped him for violating a traffic signal near Liberty Market after which a case was filed against the young batsman and put in lock up at Gulberg police station before being released on bail after the police filed a case in a lower court. Umar was released on a bail bond of 100,000 rupees. The sessions court has summoned the record of the case and the respondents on September 16 when Umar will be in the country and not on national duty. 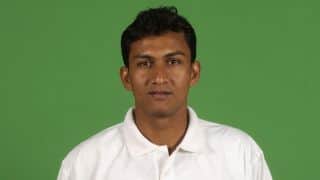 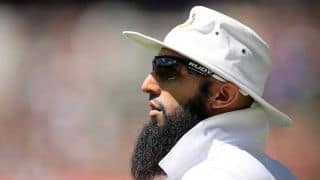