Referring to Pakistan Cricket Board as 'useless' and 'incompetent', Akhtar blamed the it for not being able to handle the match-fixing problem properly. Former Pakistan speedster Shoaib Akhtar felt Umar Akmal, who has been banned for three years for his failure to report a corrupt approach, has always courted controversy ever since his international debut in 2009. Akhtar, in his latest video on YouTube, said that Umar ruined his own career and has only himself to blame.

“Umar Akmal does something every 6 months that he gets caught. He keeps on getting caught in something or the other and he keeps on doing wrong things. In 8-10 years if Virat Kohli has scored 30-40 centuries and Umar has scored just 3 then it is only his fault. He has ruined his own career,” Akhtar said.

Referring to Pakistan Cricket Board as ‘useless’ and ‘incompetent’, Akhtar blamed it board for not being able to handle the match-fixing problem properly.

“But is his punishment justified? Let me tell you PCB’s legal department is completely useless and incompetent. Fazal Rizvi in particular, I don’t know where he has come from. He has good connections and has been in the PCB for the past 10-15 years. There hasn’t been a single case that he has lost,” he added.

Akhtar also slammed the board for legalising online betting for Pakistan Super League, when the law and constitution does not allow it.

“When PCB made online betting legal for the Pakistan Super League, what was the PCB thinking then? When our law and constitution don’t allow betting then how did the PCB overlook this thing?” the 44-year-old said.

Akmal has also faced flak from former Pakistan cricketer Ramiz Raja, who feels the cricketer should be put behind bars. 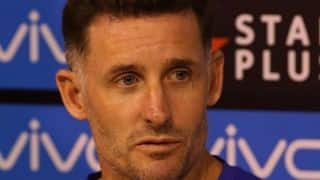 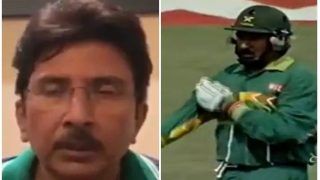 ‘Sorry For What I Had Done 19 Years Ago’: Saleem Malik Admits to Match-Fixing | WATCH