Sethi recalled the time when Umar was first diagnosed with the condition but he straightforward refused to believe it. Former PCB Chairman Najam Sethi has revealed that Umar Akmal, who was recently banned from all forms of cricket, is suffering from epilepsy and has been avoiding taking medication for the same. Umar has a history of running in the face of storm, the most recent of which was failing to report corruption-related approaches made to him ahead of the PSL, which resulted in the PCB slapping the wicketkeeper batsman with a three-year-long ban.

Sethi, who served as PCB chief between 2013 and 2018, recalled the time when Umar was first diagnosed with the condition but he straightforward refused to believe it.

“We had medical reports that confirmed he suffered from epilepsy fits and we called him back from the West Indies. When I met him I told him it was a serious problem and he needed to take a break and get proper treatment. But he was not willing to accept this. He was mentally not there,” Sethi told a TV Channel.

“Anyway I stopped him from playing for two months but later on we sent the medical reports to the selectors and left it to them because I didn’t like to interfere in their work.”

Epilepsy is a central nervous system (neurological) disorder in which brain activity becomes abnormal, causing seizures or periods of unusual behaviour, sensations, and sometimes loss of awareness. This could well explain Umar’s history of controversies. Since his Pakistan debut in 2009, the wicketkeeper batsman has struggled to maintain his fitness which has resulted in plenty of fines and bans. Not too long ago, he was suspended for three months after publicly slamming former Pakistan coach Mickey Arthur, which wasn’t long after he was reprimanded by the PCB for exposing himself to a trainer in frustration.

Sethi further revealed how discipline was always a concern for Umar and how the wicketkeeper batsman would often put himself above the team. The former PCB chairman said he knew a harsh punishment was on its way and feels this ban could well be the end of the road for the 29-year-old. 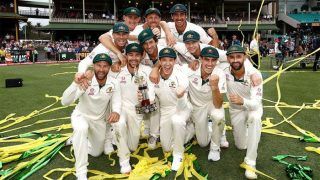 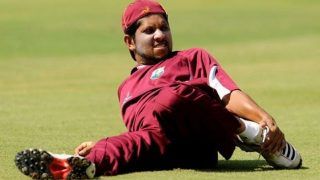