In a thrilling semi-final contest between Karnataka and Vidarbha of the ongoing 2017-18 Ranji Trophy, the latter knocked out the eight-time champions to reach their maiden final. This means Vidarbha will lock horns with Delhi in the final beginning from December 29. However, there was one player who became an overnight star from Vidarbha Rajneesh Gurbani. Of course, Vidarbha had Umesh Yadav up their ranks, but it was Gurbani who shone with flying colours.

Gurbani ended with career-best figures of 7 for 68 and a match-haul of 12 for 162, sweeping the Man of the Match award. This was his fifth five-wicket haul from 3 games. Impressed by his heroics was teammate Umesh, who ended with match-haul of 5 for 138. It was Umesh who was guiding his partner from time-to-time. Speaking to reporters before leaving for South Africa, Umesh hailed Gurbani s bowling. He is also hoping to see Gurbani make it to Team India soon.

I wish Gurbani makes it to the Indian team

He has been bowling really well in recent times. This was his fifth five-wicket haul and in the final he will do well I am sure. My best wishes will be with him always. I wish he becomes the second player from Vidarbha to make it to the Indian team, as quoted by IANS.

During those tense moments, I was telling him to stay calm and not get anxious. He was the main bowler and we needed him to relax. The responsibility was on me to keep him calm being the senior pro. I told him not to think about the runs. In the final, the team does not need my advice. They have been doing well and I hope they will make a good match.

Earlier, Gurbani had stated that it was a dream-come-true moment for him to bowl alongside his hero Umesh. 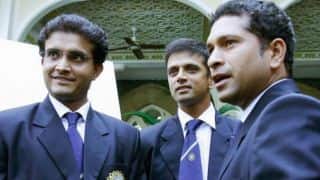 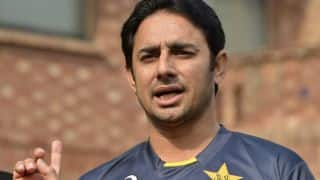