Very impressed with India’s tearaway quick Umesh Yadav, legendary West Indies fast bowler Andy Roberts feels he is the “first genuine” pacer from the country but needs to be a tad more aggressive.

“I am very impressed with Yadav. He is the first genuine fast bowler that India has got. I don’t think before him India had a genuine fast bowler. Another boy (Mohammed) Shami is also good. But I want both of them to be a bit more aggressive. And when I mean aggressive, I don’t mean one needs to swear,” Roberts, one of the fearsome fast bowlers of all time, told PTI during an interaction. READ: Dale Steyn: Big fan of Umesh Yadav

Asked about Indian quicks from the time he has been playing cricket, Roberts made it clear that there weren’t too many on the horizon before Yadav came along. “Let me just tell you that there is a lot of difference between a fast bowler and quick bowler. Kapil Dev was a swing bowler but he was not a quick bowler. India’s first ever quick bowler that I saw was Javagal Srinath but again he was not in that league of fast men like Yadav, who can hit mid-90’s. READ: Umesh Yadav just focusing on line and length to get the better of batsmen in IPL 2015

“You have to know one thing, no one can teach you how to bowl fast and develop an aggressive attitude,” Roberts sounded like a typical fast bowler, still gunning for an opposition batsman. The 64-year-old Roberts, who would ‘Mentor’ St Lucia Zouks side in upcoming Caribbean Premier League (CPL), also gave a peek into his thoughts about how he would have bowled to a Chris Gayle or an AB de Villiers.

And that’s the reason why Roberts is not at all happy that in the name of variation and change-ups, bowlers are delivering slower balls. “Variety is not about slowing up but also quickening up. I always see that for bowlers, the change-ups mean that delivering a slower ball. Why can’t change of pace be if someone who is bowling around 88-90 mph increases it upto 95 mph. “It’s a sudden increase of pace and that’s also a variation. It just can’t be a batsman’s game. Cricket is played between bat and ball and not just the ‘Bat’,” said the man, who Sunil Gavaskar had termed as the best fast bowler of his generation. 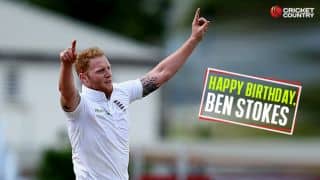 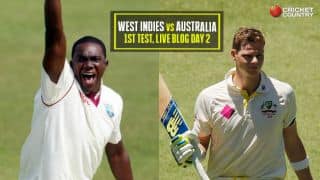