Umesh's impressive figures of 8/81 against Bangladesh in India's first-ever Day-Night Test portrays a perfect picture of paceman's quality in the five-day format.

Jasprit Bumrah’s unfortunate injury worked as a lifeline for pacer Umesh Yadav, who grabbed the opportunity with both hands in the just-concluded two-match Test series against Bangladesh. Along with senior fast bowler Ishant Sharma, Umesh formed a lethal combination to script Bangladesh’s downfall and guide India to thumping innings and 46-run victory in their maiden Pink-Ball Test.

Umesh’s impressive figures of 8/81 against Bangladesh in India’s first-ever Day-Night Test portrays a perfect picture of paceman’s quality in the five-day format. He also picked up a five-wicket haul in the second innings of Kolkata Test.

Attributing his recent success to tweaking his bowling grip, the 32-year-old said the modification gave him more control and improved his consistency to ball outswingers. “Tweaking my bowling grip helped immensely,” Yadav said during a conversation with India opener Rohit Sharma on Bcci.tv

“My grip was different earlier so one or two balls will swing while a couple of them would either get deflected from the legs or run down the leg side for boundaries as byes, so it was difficult to control in this grip.

“So I spoke to my coaches and also while discussing within ourselves, I felt when I hold the ball properly, I have more control and chances of moving the ball. So my outswinger became consistent and I could also throw in a few inswingers after making that change.”

Ishant Sharma, who had claimed five wickets in Bangladesh’s first innings and four in the second, said changing his wrist position helped him create angles which made life difficult for the batsmen, especially the left-handers.

“I created angles in my bowling on the basis of my wrist position. If I come round the wicket to the left-hander, it will be more difficult for the batsman,” Ishant said.

“Before that, I used to bowl but I couldn’t get the edge because it would land on the off stump and would go out. Now I bowl at the stumps, so it becomes difficult for the batsman.” 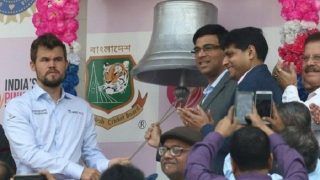 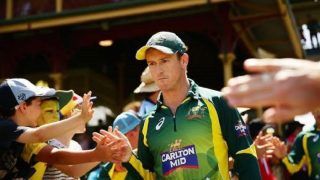