English umpiring great Harold "Dickie" Bird was presented with an honour at Buckingham Palace on Tuesday in recognition of his outstanding sporting career and charity work. 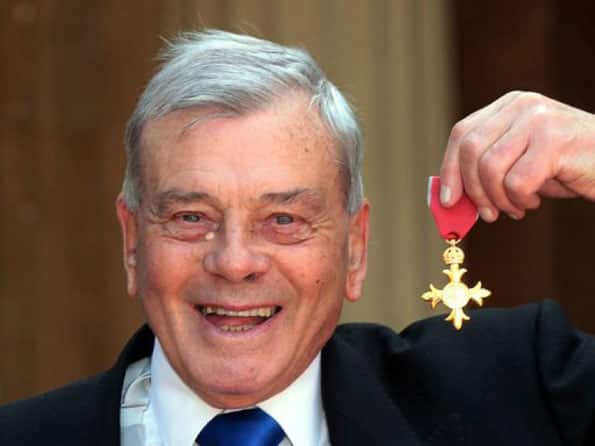 English umpiring great Harold “Dickie” Bird was presented with an honour at Buckingham Palace on Tuesday in recognition of his outstanding sporting career and charity work.

The 79-year-old was made an officer of the Order of the British Empire (OBE), receiving the honour from Prince Charles, the heir to the throne, at the investiture ceremony in London.

Bird, from Barnsley in Yorkshire, northern England, stood in what was then a world record 66 Tests from 1973 to 1996 before stepping down as a Test umpire.

He joked about needing a strong tipple after the ceremony. “I don’t normally drink, but I could do with a brandy,” he joked.

Bird described the OBE as a “great honour” and said it was something he would cherish.

Prince Charles presented the honour just a few months after the men met in the former official’s home town, where they chatted beneath a statue of Bird unveiled in 2009.

“The prince said to me it was a well-deserved honour, and it was so nice to see that I’ve got it and I said thank you very much for coming to Barnsley,” Bird said after receiving the OBE.

Bird is fondly remembered as one of the game’s great characters as well as one of its finest umpires. He officiated in three One Day International World Cup finals.

He criticised the modern use of television replays and technology to help umpires made crucial decisions.

“I do miss umpiring, but it’s completely changed now: umpiring is done by a machine. In my era we made the decisions on the field,” he said.

“If umpires made a mistake in those days people talked about it in the pubs, in the clubs, the press, the television, the radio — it was part of the game. Now it’s changed so much.

“I certainly miss it but you cannot stop time.” (AFP)

Michael Clarke to take part in International Rally of Queensland