Jeff Crowe becomes only the 3rd ODI Umpire to do so.

Jeff Crowe of the Emirates Elite Panel of ICC Match Referees added another feather to his cap when he became only the third match referee after Ranjan Madugalle (279) and Chris Broad (245) to complete 200 One-Day Internationals (ODIs).

Mr Crowe achieved this feat when he took to the field for the toss in the second ODI between Sri Lanka and South Africa in Pallekele on Wednesday. In addition to 200 ODIs, Mr Crowe has also officiated in 65 Tests and 46 Twenty20 Internationals.

He made his debut as a match referee in April 2004 when he officiated the West Indies-England ODI in Georgetown, Guyana.

Reflecting on his achievement, Mr Crowe said: “Every milestone is important and this one is special too. But more than, it is an honour and privilege to be associated with this great sport and to get the opportunity to work together with an excellent and highly professional group of people.

“I would like to thank a number of people and especially my family, fellow match officials, players and the ICC staff, for all the support they have provided. I have been fortunate to have all these people around me throughout my career.”

Mr Crowe said he was looking forward to the ICC Cricket World Cup 2015, which will be jointly hosted by Australia and New Zealand. “Like any other New Zealander, I am waiting for the ICC Cricket World Cup 2015, and I look forward to playing my role in making it a successful event. I have no doubts that it is going to be another world-class event.”

Vince Van Der Bijl, Senior ICC Umpires and Referees Manager said: “Jeff is an integral part of the ICC Match Referee Panel. His in-depth knowledge of the game and excellent relationships around the world make him a fine referee. The match officials’ community and management would like to congratulate him on his 200th ODI.” 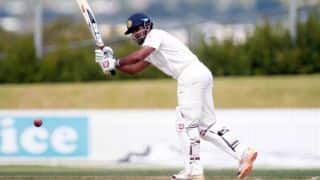 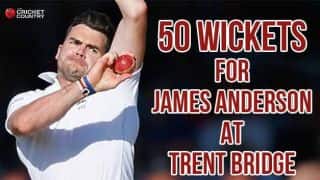