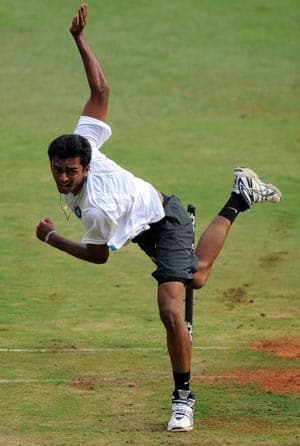 Mumbai opener Harshad Khadiwale was the lone batsman to put some resistance, scoring 47 off 31 balls with three fours and two sixes.

For the hosts, Unadkat was the pick of the bowlers, taking three wickets while conceding only 16 runs in his four overs. Siddharth Trivedi and Sandip Maniar shared two wickets each, giving away 35 runs and 40 runs, respectively.

Earlier, Saurashtra skipper Jaydev Shah won the toss and decided to bat first. They put up a fighting total of 166 on the board with useful contributions from Kuldeep Raval (58), Sheldon Jackson (31) and Pratik Mehta (30).

For the visitors, Samad Fallah was the most successful bowler, claiming three wickets for 24 runs. Akshay Darekar took two wickets for 27 runs. (PTI)

J&K bowled out for 207 against Goa