The decision was taken by the CoA on the advice of the new amicus curiae P S Narsimha.

The bans on India batsman KL Rahul and allrounder Hardik Pandya have been lifted by the two-member Committee of Administrators (CoA) on behalf of the BCCI, with the inquiry to continue once the Supreme Court appoints an ombudsman.

The decision was taken by the CoA on the advice of the new amicus curiae P S Narsimha, pending the appointment of an ombudsman and the necessary adjudication on allegations against the players. (ALSO READ: Let Pandya, Rahul play while inquiry is on: CK Khanna urges CoA)

This development will come as interim relief for Rahul and Pandya, who were flown back from Australia during the ODI series after the BCCI suspended them.

The controversy was triggered by the pair’s much-condemned statements on a popular TV show in which they spoke about hookups with multiple women and being casual about it even with their parents. The comments have been described as inappropriate by India skipper Virat Kohli.

In a statement released Thursday, the CoA comprising Diana Edulji and Vinod Rai said: The Committee of Administrators ( CoA ) had, by emails dated 11.01.2019, and in exercise of Rule 41(6) of the Constitution of BCCI, suspended Mr. Hardik Pandya and Mr. KL. Rahul in view of the allegations of misconduct against them, pending adjudication of the allegations under Rule 46 of the approved BCCI Constitution. (ALSO READ: CoA seeks SC appointment of ombudsman to decide fate of Pandya, Rahul)

“Since the adjudication of all allegations of misconduct against any cricketer registered with, inter alia, the BCCI is required to be undertaken by the BCCI Ombudsman, whose appointment is pending directions of the Hon ble Supreme Court of India, the CoA is the of the view that the interim suspension orders dated 11.01.2019 should be presently lifted with immediate effect.

“The above matter and decision has been taken with the concurrence of the Learned Amicus Curiae, Mr. P.S. Narasimha. In view of the above, the suspension orders dated 11.01.2019 is immediately lifted pending appointment and adjudication of the allegations by the BCCI Ombudsman.”

The Supreme Court hearing is likely to be held on February 5 with regards to the appointment of an ombudsman.

India are currently playing an ODI series in New Zealand. Pandya and Rahul were replaced by Vijay Shankar and Shubman Gill. 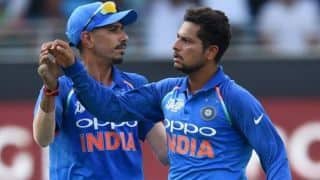 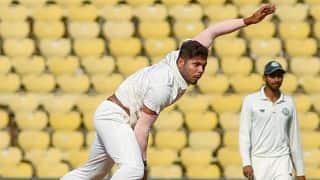