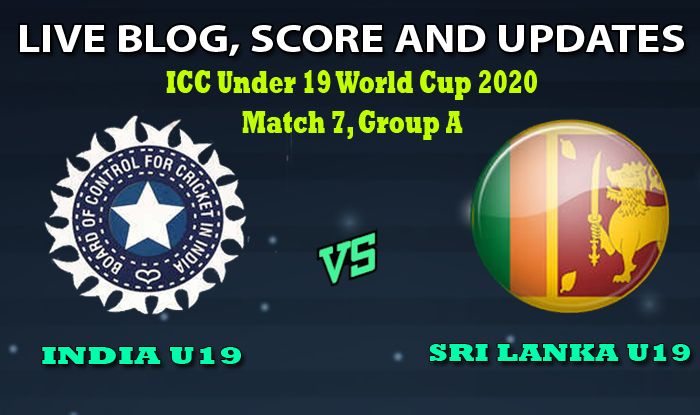 Defending champions India will start their ICC Under 19 World Cup 2020 campaign against Sri Lanka on Sunday in a Group A clash at Mangaung Oval, Bloemfontein. The four-time champions will look to make it five. The Priyam Garg-led side plays three matches in the group stage. They will lock horns with Sri Lanka, Japan and then New Zealand.

Going by their recent record against the Lankans, India start favourites. In the last five games, India played against the Lankans, the Men in Blue have won three and the Nipun Dananjaya-led outfit has won merely a solitary match. The most recent match in the Asia Youth Cup was abandoned.

India goes into the encounter with momentum on their side with comprehensive wins in warm-up games against Afghanistan and Zimbabwe. India beat Afghanistan by a massive 211 runs and Zimbabwe by 23 runs.

Tilak Varma and Garg were the highest run-getters for India in the two warm-up games. Varma scored half-centuries in both the games with the highest of 73 not out. Skipper Garg slammed a half-century and scored at an impressive strike rate of 114.73.