Bangladesh reached the final four of the ICC Cricket U19 World Cup for the second time after an emphatic victory over hosts South Africa.

Bangladesh joined India and New Zealand in the Super League semi-finals as star turns from Tanzid Hasan and Rakibul Hasan ended the hosts’ hopes. An impressive bowling display from Rakibul Hasan helped Bangladesh seal a convincing 104-run victory over South Africa to seal a spot in the semi-finals in Potchefstroom.

Hasan claimed figures of five for 19 as the Tigers dismissed the Proteas for 157 all out after they posted 261/5 thanks to half-centuries from Tanzid Hasan (80), Shahadat Hossain (74) and Tawhid Hridoy (51).

South Africa won the toss under sunny skies at the JB Marks Oval and elected to put Bangladesh into bat. That plan didn’t work for the home side as Parvez Emon (17) and Tanzid put on 60 runs for the opening stand, with the latter going on to reach 80 from 84 balls.

With an in-form batter at the crease, Hridoy walked in and played the anchoring role in two 50-run partnerships with Tanzid and Hossain, respectively, on his way to a measured 73-ball 51. Hossain blasted an unbeaten 74 off 76 deliveries, including seven fours and one six to propel the subcontinent outfit to a competitive total.

In their chase, South Africa got off to a decent start before losing three crucial wickets within the 16th over, including Jonathan Bird and the tournament’s top run-scorer Bryce Parsons. The home side failed to recover from that early setback and despite a valiant half-century from Luke Beaufort, Rakibul continued to chip away as they skittled out the home side with 7.3 overs to spare.

“We approached this match today as per normal, we played a few series before this World Cup and in the dressing room we discussed that we have a good strategy and just have to apply our plans on the field,” Rakibul said. “We played with an extra spinner and we had a good day with our spin and the plan worked during the middle period.

“The wrist spinners bowled well along with the main bowlers and that’s why we did well in this game.

Sri Lanka eased into the Plate final after half-centuries by Nipun Perera, Ahan Wickramasinghe and Navod Paranavithana powered them to a convincing 97-run DLS-win over Scotland. The semi-final victory means they will now meet the winner of Friday’s second last-four showdown between England and Zimbabwe in the deciding game on Monday.

Sri Lanka were full value for their win after dominating the game from start to finish. Having won the toss and elected to bat, they were muscled to a good start by Kamil Mishara (39) and Paranavithana (54 off 73 balls) the openers putting on 90 in 17.1 overs.

“We batted very well and did excellently to reach this target,” the skipper, who was named Player-of-the-Match, said. “The wicket wasn’t great for batting because it had a lot of grass and was also slow, so we knew we had a good score.”

A double strike by Madushanka (2-26) and a wicket by Wijesinghe (3-31) then left the Scots in early trouble at 42 for three, before captain Angus Guy (31) and Jasper Davidson (20) dug in to give them hope with a 53-run partnership. But Scotland then lost wickets in a heap, with lightining ending their misery early the final target having being revised to 247 in 40 overs.

“The bowlers did their job very well in the second innings,” Perera added. “So we’re very happy to win and go through to the next stage.”

CANADA OFF THE MARK WITH JAPAN VICTORY

Canada recorded their first win of the tournament with a 182-run victory over Japan in their Plate semi-final playoff fixture at the Ibbies Oval. The Canadians posted 300 for the loss of seven wickets having been sent in to bat, spearheaded by a run-a-ball century from Nicolas Manohar.

Also adding to the tally were scores of 40 each from Udavbir Walia and captain Ashtanga Deosammy.

Japan, in response, were rolled over for 118 with Akhil Kumar starring with the ball as he picked up six for 46. After the match he said: “I am enjoying myself in South Africa and getting some wickets on these dry surfaces that suit me here. We have one more match remaining and we would like to finish off on a positive note.”

Japan struggled with the bat but Neel Date posted the first team half century as they reached a triple figure total for the first time since arriving in South Africa.

Earlier, they were on the field for a full 50 overs – the first time in the tournament – with Kento Ota-Dobell, Tushar Chaturvedi and Leon Mehlig all picking up two wickets apiece.

UAE TOO GOOD FOR PLUCKY NIGERIA

United Arab Emirates proved too strong for Nigeria as they cruised to a seven-wicket triumph at the North West University Oval. UAE restricted the West African newcomers to 145 and reached the target in 29.2 overs. Alishan Sharafu was the key man for the UAE, notching a fluent 59 not out from 60 balls to snuff any drama out of the chase.

“It was a good team performance, and our spinners did really well,” said Sharafu.

The pitch got tougher to bat on, with spin proving difficult to get away but despite this Sharafu sprayed seven boundaries to see his side home with 124 balls to spare.

“I think it was a really good team performance, and everything came together for us on the field,” captain Aryan Lakra said. “The Nigerian lower-order did very well to hang around, otherwise we would have been chasing around 110. I thought Alishan played a fantastic knock for us.”

The Eagles had been invited to bat first as they looked to end their World Cup adventure with a flourish and Olayinka Olaleye gave them a decent start, with a grafting 31 from 50 balls.

He was looking for partners, though, but Sulaimon Runsewe (14) and Miracle Akhigbe (20) couldn’t build on their starts. It was Rishabh Mukherjee who gave Nigeria the big problems, spinning a web on his way to figures of four for 35 in his spell of ten overs.

Aryan Lakra started tidily with the new ball and returned to add gloss to his numbers. He finished with three for 20 as Nigeria were eventually bowled out for 145 in 46.4 overs of toil. The reply by the UAE was measured and led by Sharafu, while in-form Jonathan Figy also chipped in with 28. The latter fell before the end, but Sharafu saw his team home to wrap up the win. 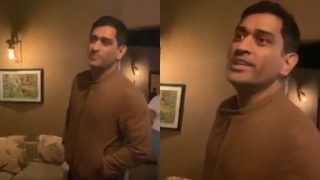 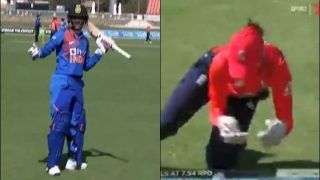