Ricky Ponting is hoping a return to the Adelaide Oval, his favoured hunting ground, will kill his run of ducks against South Africa in Thursday's second Test. 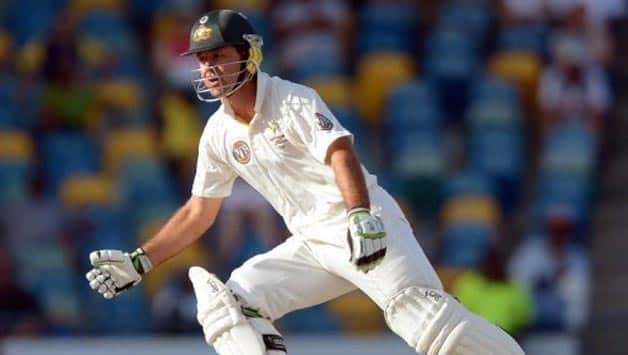 Ricky Ponting is hoping a return to the Adelaide Oval, his favoured hunting ground, will kill his run of ducks against South Africa in Thursday’s second Test.

The former Test skipper was out for nought in Australia’s massive first innings of 565 for five declared in last week’s drawn first Brisbane Test — his third duck in four Test innings against the Proteas.

“I don’t shy away from it,” Ponting told reporters on Tuesday.

“I’ve been around enough and played in enough high pressure situations, whether it’s a big game or a game where you’re under pressure because you haven’t scored runs yourself.”

South Africa celebrated a big wicket when they had Ponting out edging to the slips early off Morne Morkel at the Gabba.

“I was disappointed last week with all the work I put in pre-season and to make a little error like that and have your game over and done with in five balls was disappointing,” he said.

“But it’s a fresh start this week. When it’s my turn to bat I must make sure I’m one of the guys who contributes.”

Ponting, who turns 38 next month and is playing his 167th Test match this week, has the weight of statistics on his side to bounce back into form.

Ponting has scored eight centuries in amassing 2100 runs in 24 Tests against South Africa at an average of 51.21.

He ranks second only to India’s maestro Sachin Tendulkar for more runs (13,346) scored overall in Tests at a career average of 52.54.

But the Australian great has a particularly prolific record at the famous Adelaide Oval where he has accumulated 1,723 runs with six hundreds at 63.81, the most runs by an individual at any Test venue in Australia.

“I’ve got some good memories here, good recent memories with a double hundred last year and some good runs early in the season in the Shield game (for Tasmania),” Ponting said.

Last season in Adelaide , Ponting destroyed India with a first innings 221 and an unbeaten 60 at his second turn at bat.