Afghanistan have raced past 50 without losing a wicket in the third One-Day international against UAE at Dubai cricket academy. In pursuit of 274 set by the hosts UAE , Afghanistan openers have responded in kind by bringing up their half century run stand in seven overs. Javed Ahmadi has done the bulk of the scoring,  he is batting on 43 of 28 balls, where as the skipper Narvoz Mangal has been circumspect. earlier during the day UAE managed a competitive total of 273 for five in their 50 overs. Captain Khurram Khan top scored for them yet again with an unbeaten 85 from 80 balls. Mohammad Shahzad contributed with a well compiled 62. Afghanistan in response are 55 for no loss in seven overs, They require another 219 runs from 258 balls with all ten wickets in tact. 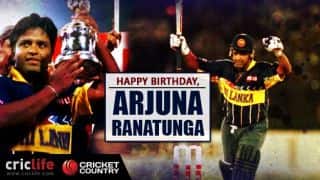